In mid-April, Easy Tour China team has had a exciting outdoor activity "CS True Man Show" at the foot of Mount Yao. It was a good time for people to go outside and enjoy the greenery of springtime. All is new, clean and fresh. As for Mount Yao, it is the highest mountain in Guilin city. Different from most of other hills, it is covered with fertile soil and luxuriant vegetation. Absolutely, it is a nice spot for outdoor activities. 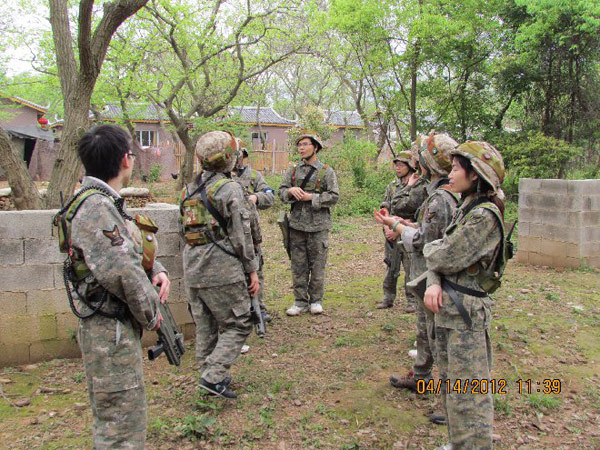 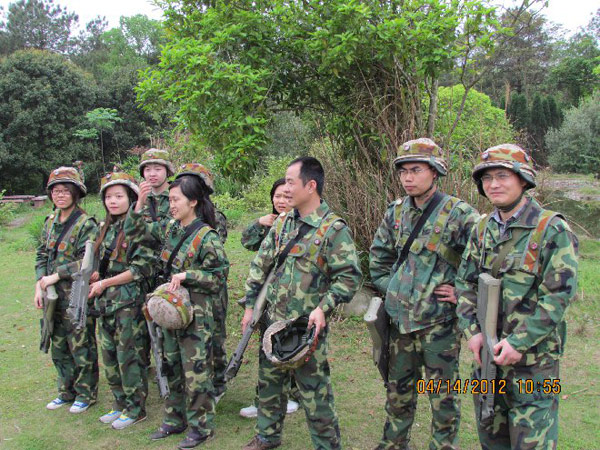 The CS true man show is very popular in China, even more exciting than video game CS. Instead of fingers dancing on the keyboard, players can step out of the background and be one of the soldiers on the screen. The show is played by a group of people in the field. Participants will be divided into two teams, the attacking side and the defending side. There is an organizer overlooking the ongoing game, deciding the beginning and ending of each game as well as after-war calculations. 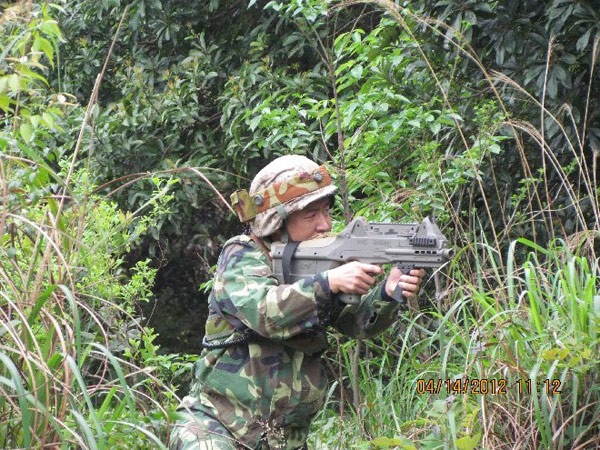 And, the show makes use of laser guns with a shooting range of 400m, the same as real guns. When a player is shot, the equipment on his back will vibreat, and even make a shrieking sound on the spot of the shot player. When a player hits an enemy, the laser receptor on his hat will also inform him that he has killed an enemy. With the absence of real bullets, players are guaranteed 100 percent safety.

In such a simulated field, one would have an immersed sense. "Cover me." "Hold this position." "Go!" Teamwork is the most important in the game. With the helping of your teammates, nothing seems to be impossible. Sounds quite exciting, doesn't it?