For those who have long been fascinated with the sacred temples of the East, we are doing an article on all over China’s amazing temples and monasteries, and come out with top ten most fascinating ones, all with ancient Chinese architectural style and spiritual peace. Here they are, in no particular order: 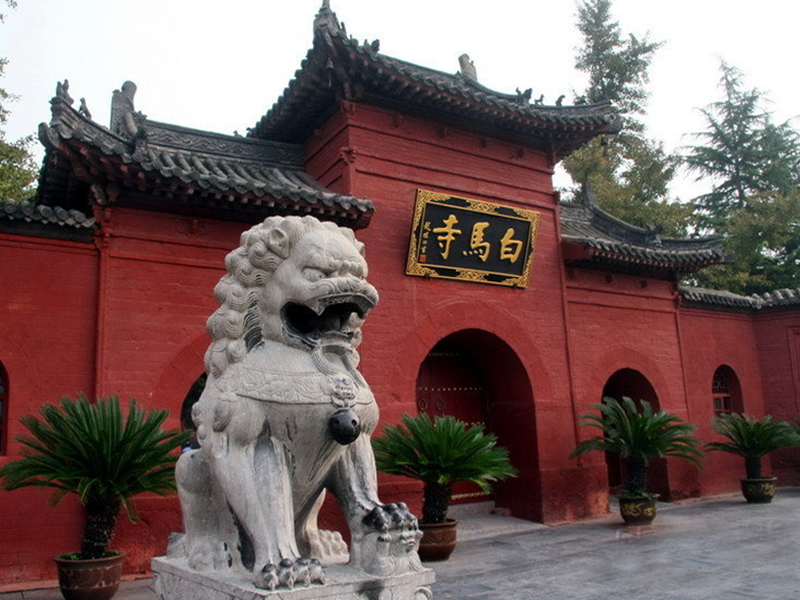 12 km east of downtown Luoyang, White Horse Temple is believed to be the first Buddhist temple in China and one of the cradles of Chinese Buddhism. It was first built in 68 AD during Han Dynasty as a summer resort for Emperor Liu Zhuang, and now boasts Hall of Heavenly Kings, Hall of Great Buddha, Hall of Guidance, Qiyun Tower and many other sites. 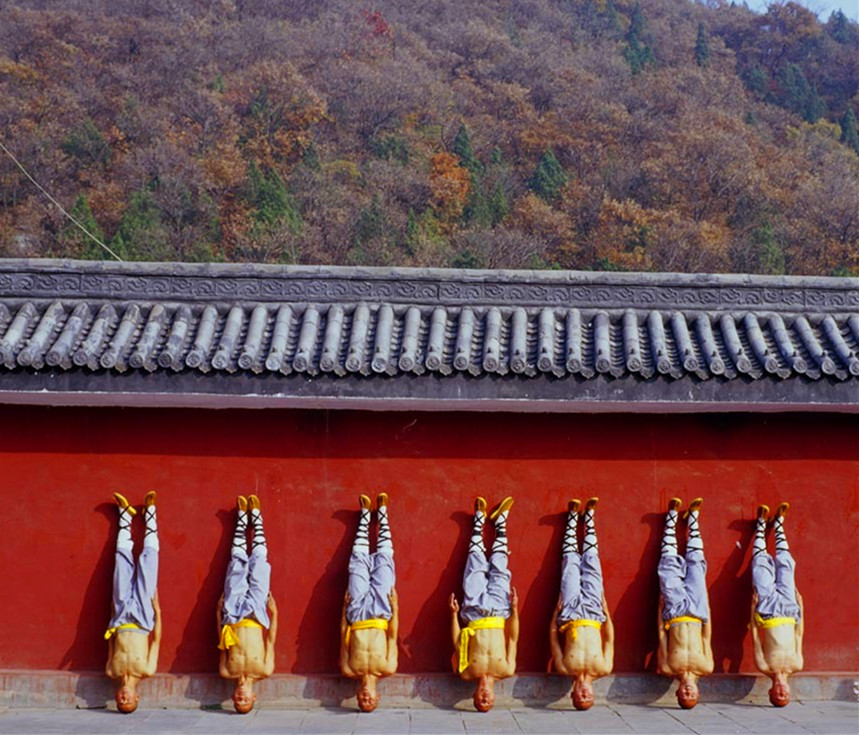 Built in 495 AD during Northern Wei Dynasty, Shaolin Temple in Dengfeng Country has been world-famous for Zen Buddhism and Shaolin Kung Fu (martial arts). Many people from home or abroad has come all the way to Shaolin Temple to learn Kong Fu and find an inner peace. 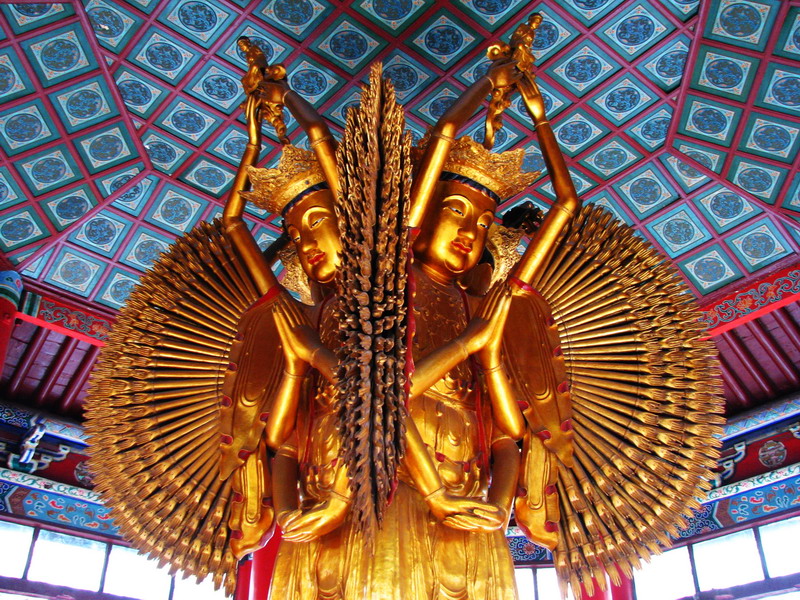 Another famous Buddhist temple in Henan province, Daxiangguo Temple locates at the center of Kaifeng city, and was established in Northern Qi Dynasty (550 AD– 577 AD). A pilgrimage tour to Daxiangguo Temple should focus on its magnificent layout and solemn Buddhist activities. 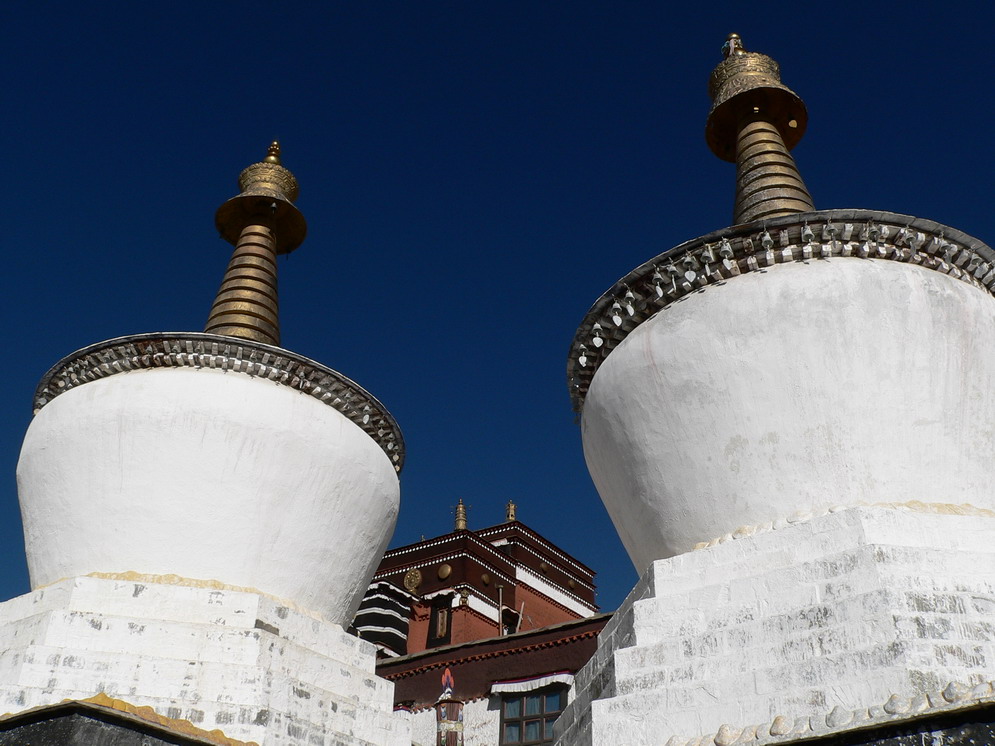 Make an ultimate pilgrimage to Lhasa for the 1300-year-old Jokhang Temple, which is one of the most sacred places in Tibet. Every day, pilgrims from every corner of Tibet trek a long distance to the temple. Jokhang Temple houses a pure gold statue of the Buddha Skyamuni when he was12 years old. 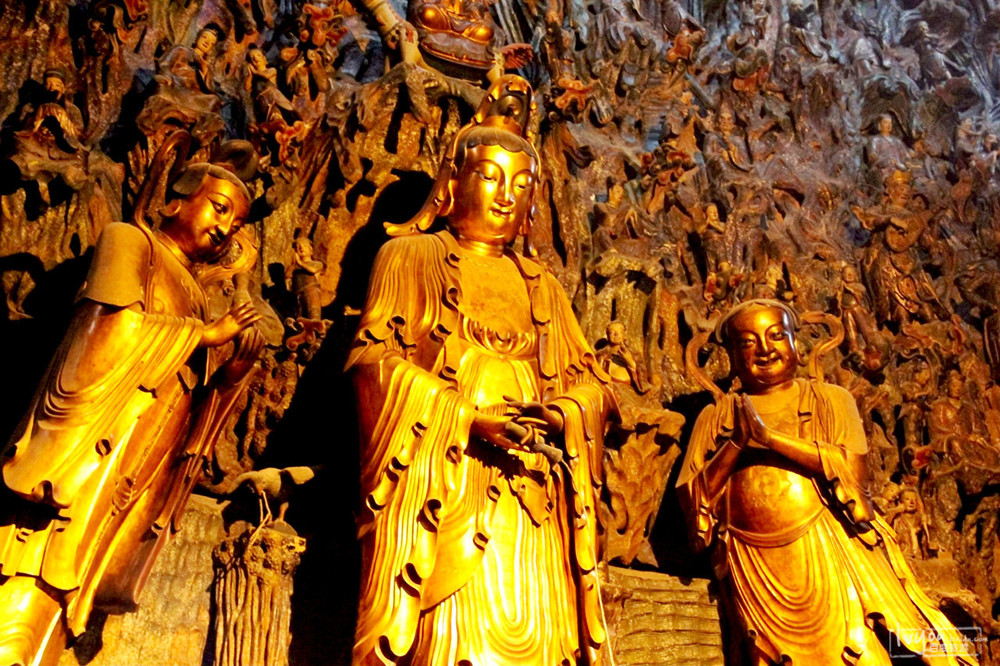 First built in 326 AD, Lingyin Temple is a profoundly peaceful and spiritual hideaway in Hangzhou and one of the most prestigious Buddhist monasteries in China. The halls, elegant Buddhist statues, and a wealth of Buddhist grottoes and stone carvings on the adjacent Feilai Peak made remarkable artistic achievement in the religious arts. 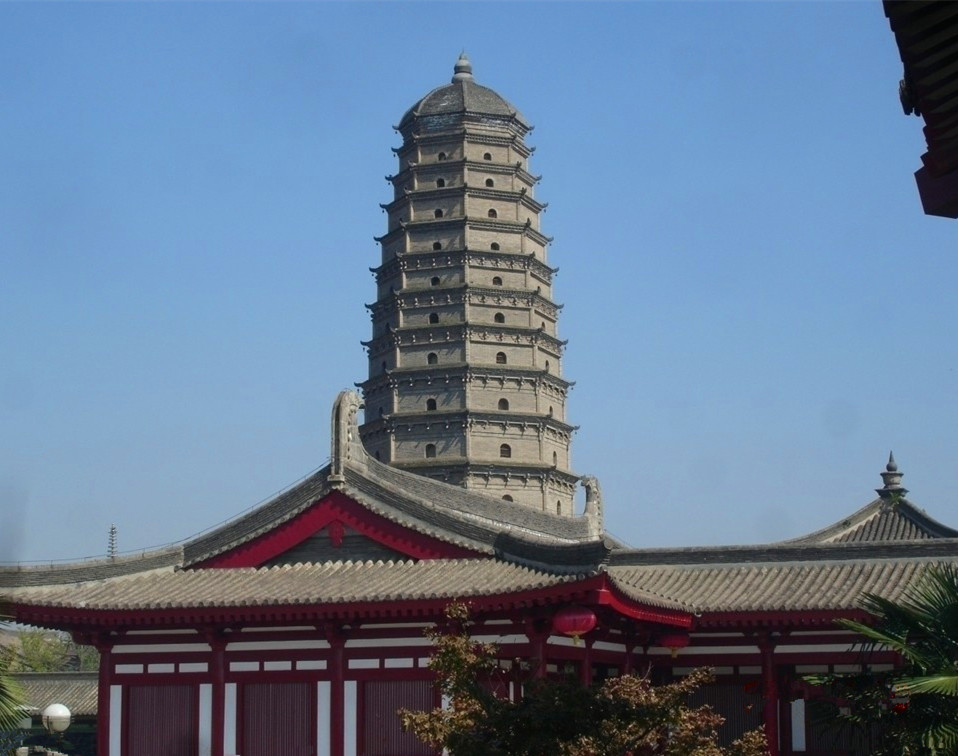 Famen Temple finds itself 120 km away from Xian city, and is renowned as a Buddhist sacred land, because the finger bone relic of Sakyamuni was enshrined and worshiped here. It was built during the Northern Zhou Dynasty. After climbing up to the Fanmen Temple Pagoda, visitors will have a great mountain views. 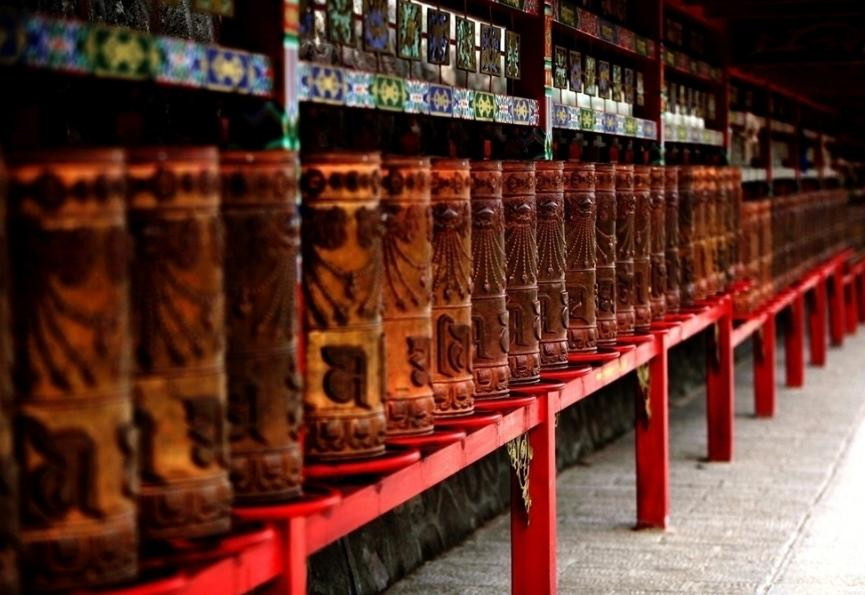 25 km southwest of Xining, Qinghai province, Ta'er Temple is a famous Lamaism Temple in China and the birth place of Tsongkhapa, founder of Gelug school of Tibet Buddhism. It is a large ancient architecture groups mixing both the Tibetan and Han architectural styles, and consisting of scripture halls, Buddha halls, a lama's residence, and pagodas. Yak butter flowers, mural and barbola are three highlights of Ta'er Temple. 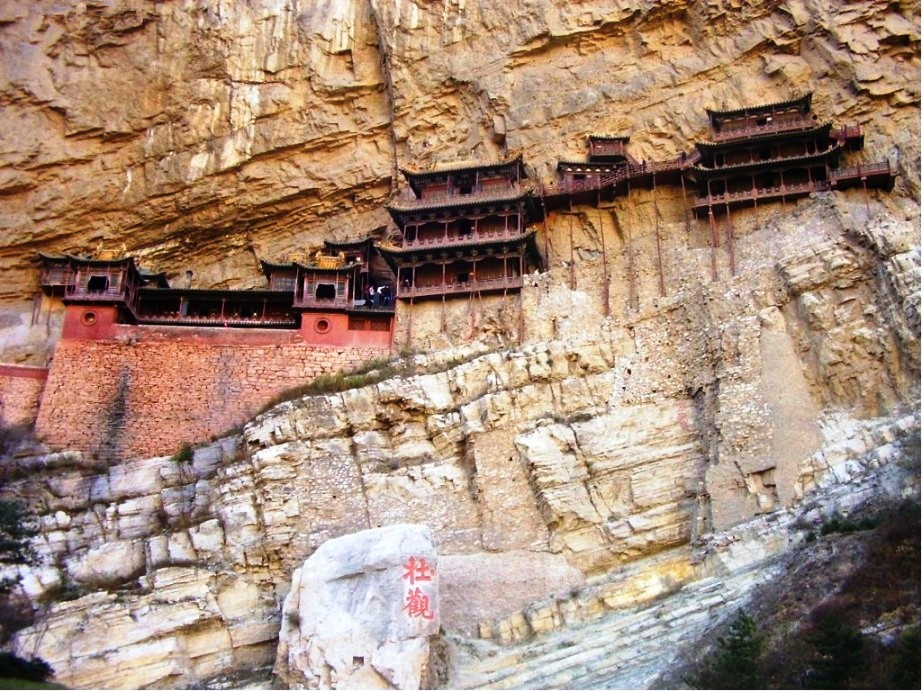 Built into a near-vertical mountain cliff over 50m above the ground near Mt. Heng, the 1,400-year-old Hanging Monastery is an architecture gem, and listed as one of the “World’s Top 10 Most Odd Dangerous Architectures”. Moreover, it is the only existing temple mixing Buddhism, Taoism and Confucianism. 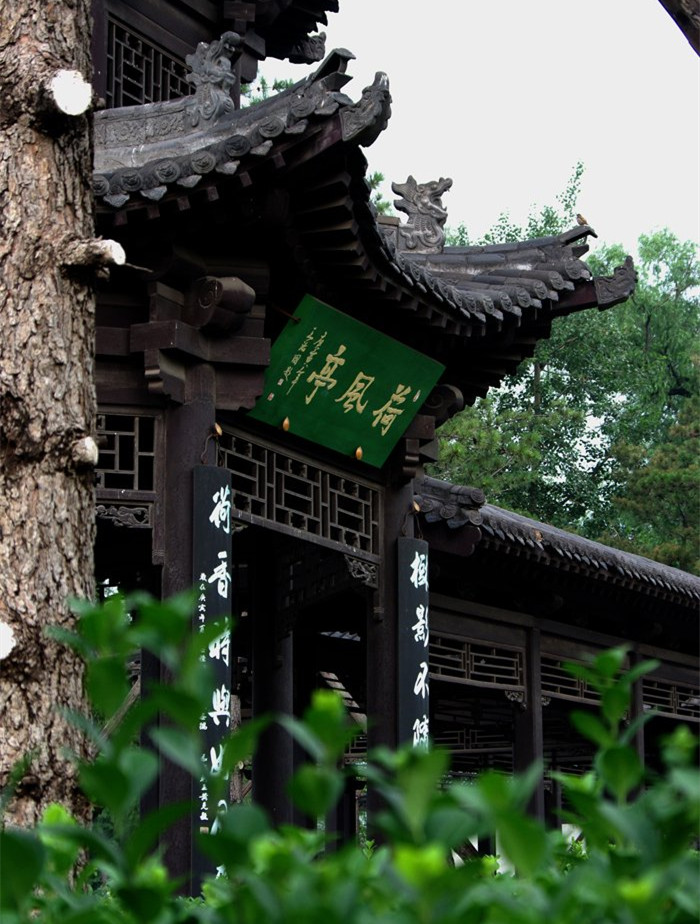 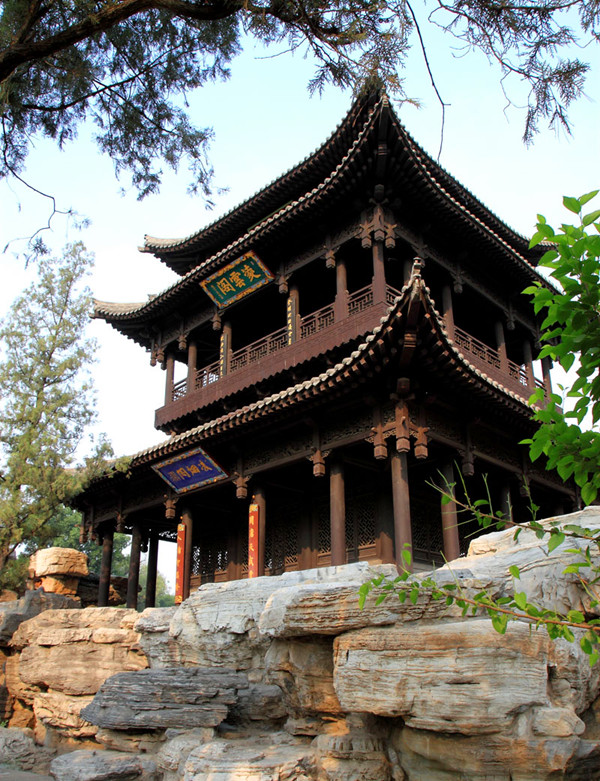 located 25km southwest of Taiyuan City, Jinci Temple is believed to be built before the Northern Wei Dynasty (386 AD-534 AD). It is more like a large ancient garden featuring historical cultural relics and beautiful landscape. The major sites of Jinci Temple include the Hall of the Holy Mother, Chaoyang Cave, Santai Pavilion and Guandi Temple. 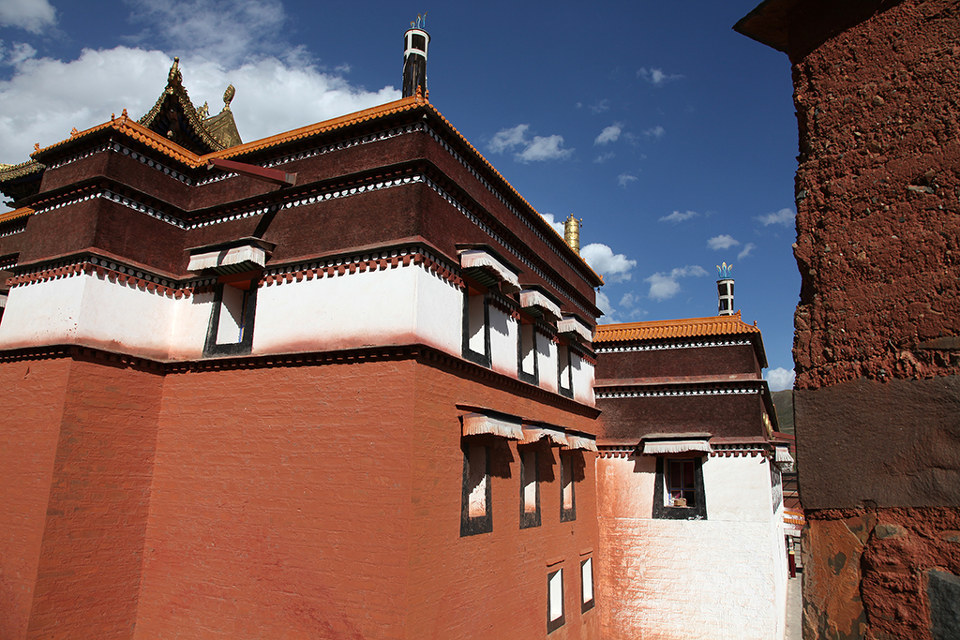 Located in Xiahe County, Gansu province, Labrang Monastery was first founded in 1709 during Qing Dynasty, and is an important monastery of the Gelug of Tibetan Buddhism. Labrang Monastery is also a precious ancient museum, with a collection of tens of thousands of cultural relics, 60,000 Tibetan classics, and over 70,000 pieces of wood carving Sutras.