Wei is general manager of Easy Tour China, and would like share his life in Guilin, Southwest China, during the coronavirus epidemic period.

Over the past week, medical teams from China was sent to Iraq, Iran and Italy. Good international move.

In Guilin, we still need to have temperature checked in & out of residence areas, markets, book stores. Daily commuting looks like back to normal, though all electric scooter (replacing the bicyles for many years) riders still wear facial masks.

Called P and he has taken his family to Longsheng, a subordinating town under Guilin. He sounds very relaxed and commented that things in Guilin made him less relaxed. Well, of course, as all cases, confirmed or suspects are all brought to Guilin medical centers.

News said the overseas Chinese coming back to China will have to pay for their isolation and medical bills. I think this is justified since they did not pay for the social insurances. Some infected, before flying back, took fever pills and claimed they were all right. Nasty. Some were found and will be punished by law.

Webinar attended, given by Zhengyu Huang, White House Fellow during Obama. Live and learn reiterated. Bought his book online and will share with my families and friends.

Sister wechated to say in US things are getting delicate. And in UK it is getting interesting with loads of people choose to stay indoors, similar to China last month.

less than half of colleagues are back in office today. Company encourages the young guys to read more books and try to learn new skills.

from the map of coronavirus infected regions in China, half of the territory is cleared. Existing cases continue to drop by 10% to some 9000 cases. Total death rate is still @3.9%.

FCO of UK virus update now includes load of countries that government said "no travel". Loads of Chinese students studying in England have purchased flights to come back to China.

China medical aid including testing materials arrived in Serbia on the night of March 15. Chinese Traditional Medicine is also included in the package aid. Good move.

Some national medical teams started to pull back from Hubei and Wuhan the epicenter in China, their glorious mission accomplished.

"Travel is the backbone of economies around the world. It brings in essential currency and inward investment, creates jobs and stimulates every sector. WTTC figures show travel and tourism contributes to 10.4% of Global GDP and 320 million jobs. It is responsible of creating one in five new jobs and, for eight successive years, has outpaced the growth of the global economy.

FCO of UK advises against all non-essential travel from the UK.

Now could be the worst time. But when the worst time is over, is good times far away? Confirmed exsiting cases in China dropped to 8220 down by another 10% on a day to day basis.

Got a heart warming email from D & K in US, saying they are thinking of us and they are safe from the virus. More important, D & K are still thinking of getting some friends to travel to China, when situation improves. They have been traveling with us to different parts of China for the past 8 years and introduced us to many of their friends while working in China. How can we thank them enough other than taking good care of them during their travel? 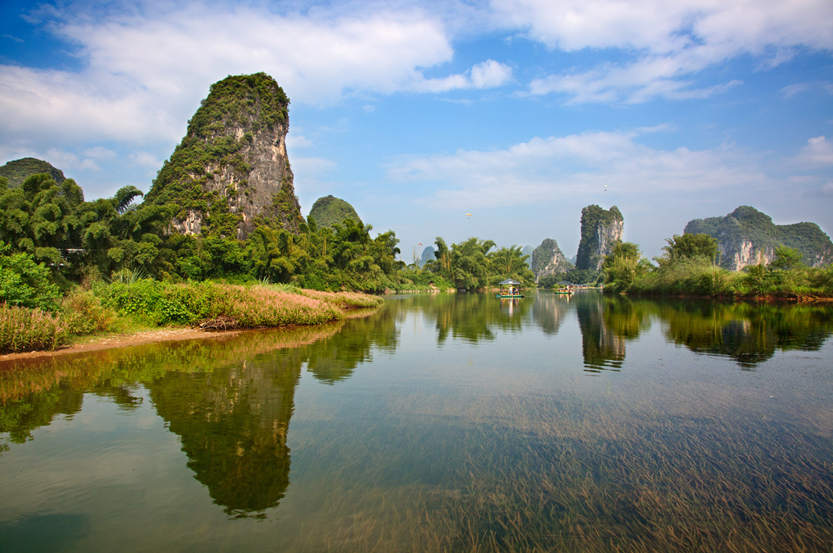 Local people had enough of corona and some are taking off their masks. Not sure if that is a good sign. But I feel the local people in Guilin has a strong "I don't give a shit" attitude over the years. They were also the best fighters/soldier in history. Guangxi soldiers fought bravely against the Manchu government in the 19th century. And when the French was about to take the border areas, they fought the invaders and forced them to back out. In the 2nd World War, they fought the invading Japs bravely and won important battles. (Read: Modern China: A Guide to a Century of Change, by Mr. Graham Hutchings, a China correspondent for London's Daily Telegraph for over a decade, and a friend of mine).

Had a WeChat talk with T, our biz partner/friend in UK. He recommends that I do not read too much of Coronavirus anymore. Exactly, there is just too much about it and it is not end of the world. And a sunny day always brings lots of hopes.

I picked up the book I bought on Amazon in 2011, and continue my reading: Through th e Looking Glass: China's Foreign Journalists from Opium War to Mao.

From what I have gathered about coronavirus, the weak people are a lot more vulnerable to the fatal attack. So I searched a bit about the general health of Chinese people online and found an article published in 2017. It says the general health of Chinese people is getting less optimistic. Chronic health problems are on the rise and it crept into the younger generations... among the online consultation cases, chronic problems patients took 32.2% of the total patients, a 8.2% increase compared with 2013...White collar jobs people's health continues to deteriote. Unhealthy lifestyle was the major cause. High blood pressure and diabetes, which were considered to be the older folks' problems, spread further among the younger generations... Compared with 2013, the stats in 2017 showed that among the white collar job people, the age high blood pressure is acquired dropped by 0.8 years.

Poor health is indeed a worrying thing. And coronavirus, like any other virus, will usually wipe out the people with a poor immunary system. It is indeed important for us to sound this alarm to more people around us. The recent years, with the smart phone and interesting elecronic devices like Fit-bit, many of my friends start to compete daily for the steps count, definitely something to encourage. It is time for me to take out my bike and start to cycle a bit.

Many city goverments in China are now encouraging travel. One of the most popular destinations, the Terra Cotta Warrior Musem today reopened to the public with a daily quota of 8000 visitors. Though check of temperature and requirement of facial mask wearing are in place, it is a good news for the tourism sector.

Schools will be reopened starting from April 07, after a long pause from the Spring Festival (primary & high schools students were due back around Feb.15, 2020).

Birds are chirping and flowers blooming. Some authority Chinese doctors predicted the end to the virus will be summer. TCM doctors said the winter 2019-2020 was a Great Yin and people were more vulerable to epidemics. And they said as weather gets warm, Yang will rise. When the Great Yang arrives (@June.22), the epidemics will start to disappear. Let us hope for that. We should all live in good hope.

Chinese Government has sent to Italy, together with the load of medical aid, some Chinese herbal medicine by Yiling Pharma. Hope the pills can help our Italian friends. Traditional Chinese Medicine (TCM) has played an important role in the virus fighting in China and hope it can also save lots of lives in other parts of the world.

J, and old friend of mine from Belgium, once told me about his encounter with the herbal tea in Shenzhen. He said he had a bad cold and could not get rid of it after one week. His Chinese girlfriend insisted that he take some Wang Lao Ji, a very bitter herbal tea that local people in Guangdong would drink in summer time to stay healthy. After about 2 days of taking what he called "taste like shit" Wang Lao Ji, he recovered himself from the bad cold.

Graciela, a long time friend of ours from Argentina, paid her 6th visit to China in 2019. But 3 days before she left Guilin, she got a cold and could not kill it with her medicine she brought from home. Upon my suggestion of the herbal tea, she happily stopped her medicine and started to take it. By the end of the 2nd day, she email from Shenzhen telling me she was alright.

I guess in the world there are many different ways to solve problems. It is all about live and learn and "travel and learn". It is time to read and time to plan your travel to China, a country with interesting people, interesting cultures and interesting solutions to problems.

Here at Easy Tour China Travel, we decided to reduce our cost by stop renting some office spaces. IN tourism industry, people are worth a lot more. We will try our best to keep our talent and get ready for a the post virus season rebound.