Easy Tour China Travel Co. Ltd is proud to enroll our staff Ian Hamlinton in the competition for the 10 Outstanding Foreign Talents 2020 in Guangxi. 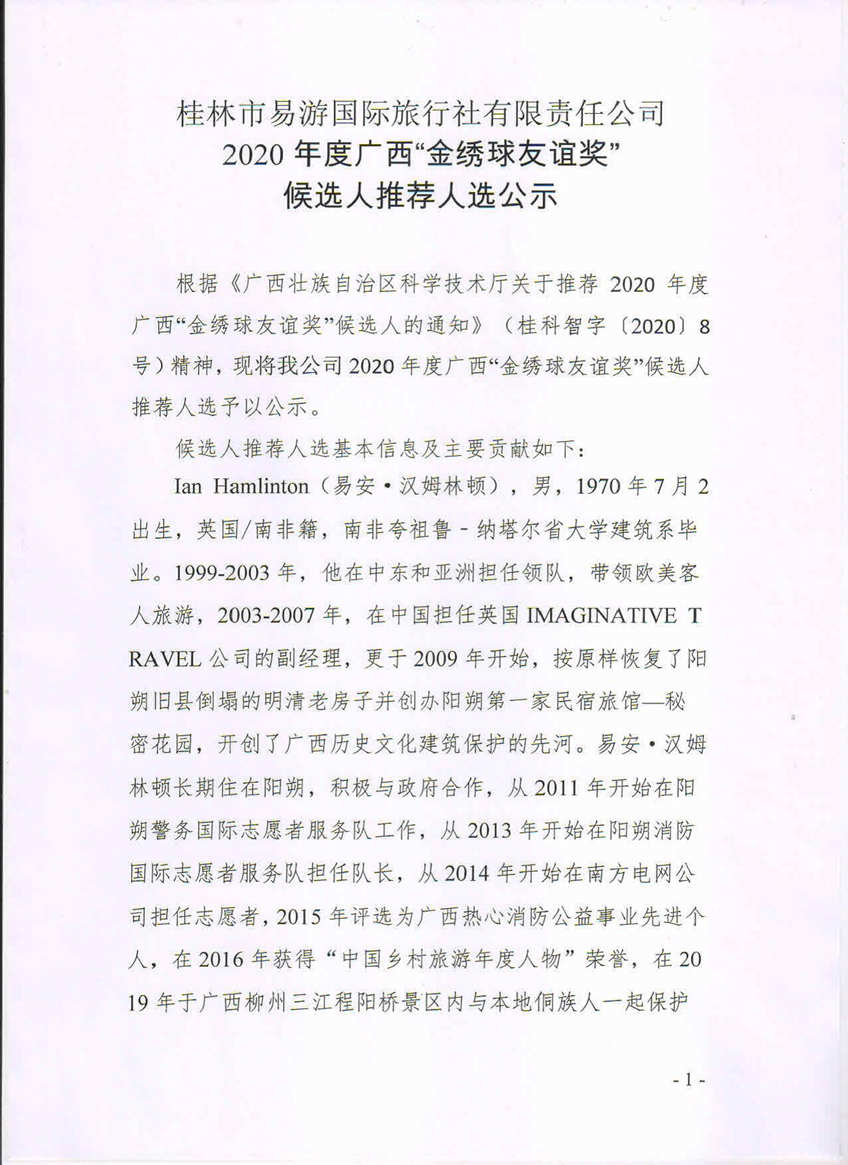 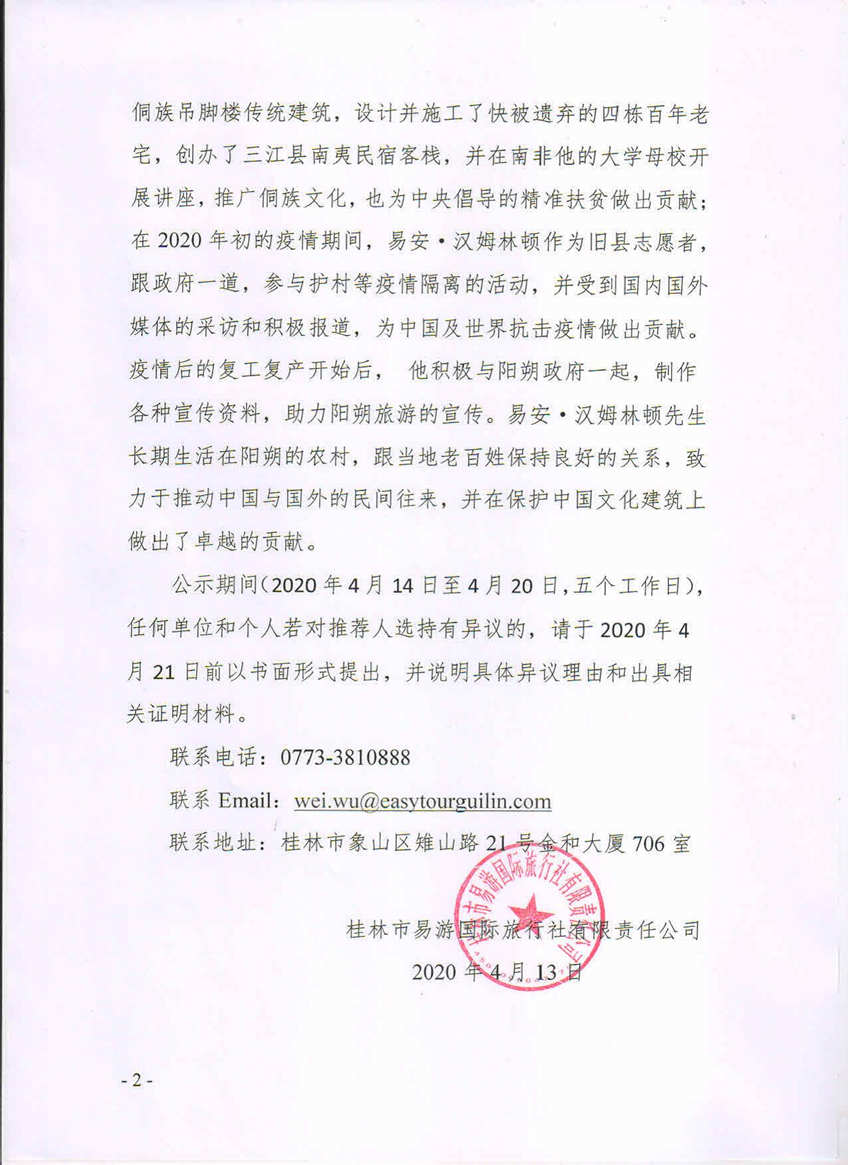 Based on the “Notice for candidate enrollment for 2020 Guangxi Golden Embroidery Ball Friendship Award issued by Science & Technology Office of Guangxi Provincial Government (Gov Document Gui Ke Zhi Zi 2020-8), here is the public announcement of the candidate of the candidate of our company.

Information and chief contribution of the candidate:

Ian Hamlinton, male, born on July 02, 1970, English/ South African, architect graduate of South African University of Kwazulu-Natal. 1999-2003, tour manager in Middle East and Asia. 2003-2007 tour manager for IMAGINATIVE TRAVEL (UK). 2009-now architect & owner of Yangshuo Secret Garden Hotel (Ian restored the dilapidated Ming & Qing houses in Jiuxian, Yangshuo and turned them into a lovely guesthouse, the first of its kind in entire Guangxi). Ian Hamlinton set up a fine example for the restoration of historical & cultural buildings in south China. Ian spent most of his time in Yangshuo and worked closely with the government. From 2011, he’s been serving at the international volunteers team at the police station Yangshuo. From 2013, he’s been working as team leader at the International Volunteer Team of the fire department in Yangshuo. From 2014, he’s been volunteering at the South Power Grid Company. In 2015 he was elected as “Model Individual for the Fire Department of Guangxi”. In 2016, Ian got award for the annual China Countryside Tourism People. In 2019, he worked on some of the falling old houses in the Dong ethnic village of Chengyang, Sanjiang, Liuzhou city with his local Dong partners to protect the cultural & historical heritage of the unique wood houses. He turned these oldest houses into another Guesthouse named “Lost World Sanjiang”. He promoted this project in lectures at his mother university South Africa. His very act of this project is a fine example of the central government’s policy of “Accurately Targeted Poverty Relief Program” initiated by Central government in Beijing. During the COVID-19 epidemic in China in the beginning of 2020, Ian worked as a volunteer at his home in Jiuxian village of Yangshuo to carry out government policy of village isolating. This was widely reported in many media in China. When the epidemic was coming to an end in China, he worked with local government of Yangshuo to promote local tourism. Ian has been living in the countryside of Guangxi and kept great relationship with the local villagers. He is a fine example of a civilian ambassador for both the western world and for China. And he contributed to the protection of cultural & historical heritage of the architecture in Guangxi.

During this public announcement period (April 15-20, 5 consecutive working days), any different comments or opinions should be submitted in writing supported by evidence to the following address.