On Nov. 8, 2017, US President Trump and First Lady Melania Trump toured the Forbidden City in Beijing with Chinese President Xi Jinping and his wife, Peng Liyuan. If you are planning to explore the Forbidden City, one of the most important historical and cultural sites in China, the President’s special itinerary may give you some inspiration about which spots to visit. 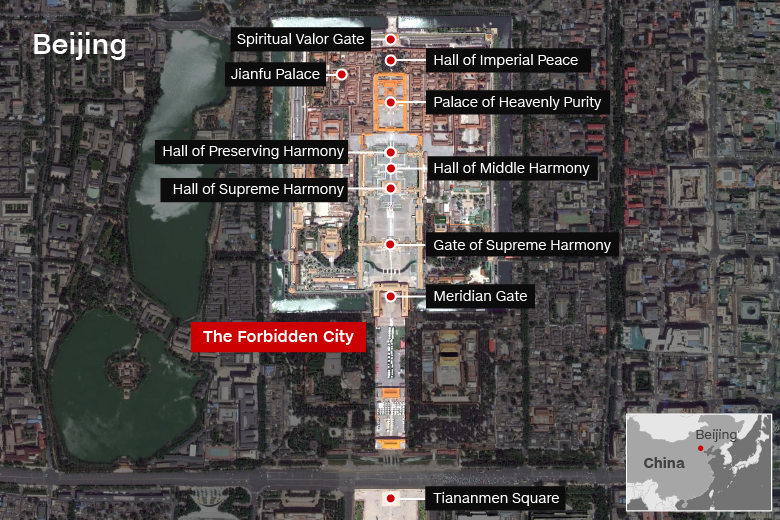 The two state leaders had afternoon tea at the century-old Baoyun Building – a hall of hidden treasures, which is the only western-style building in the imperial palace.

Baoyun Building, also known as the Hall of Embodied Treasures, lies between the Hall of Martial Valor (Wuying Dian) and the West Prosperity Gate (Xihua Men). It was built in 1915 to store cultural relics which had been transported to Beijing from the Shenyang Imperial Palace and the Chengde Mountain Resort. After a properly comprehensive renovation in 2013, it has now been transformed into a wonderful museum to show the history and historical evolution of the Palace Museum. 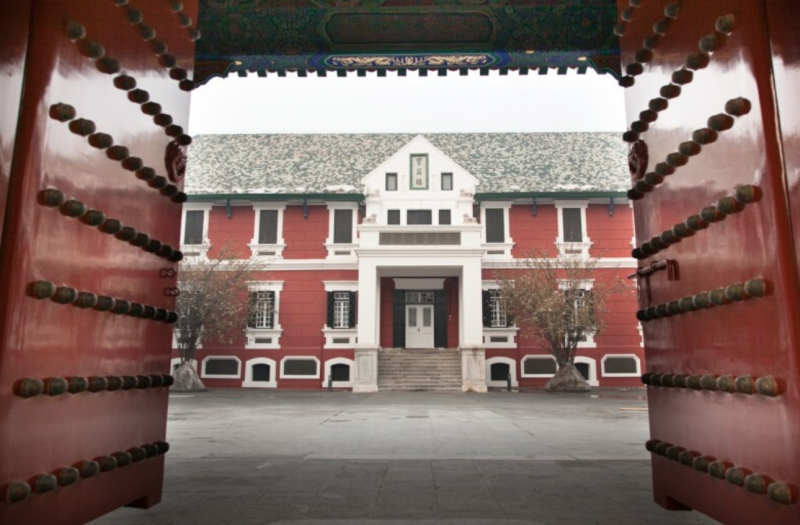 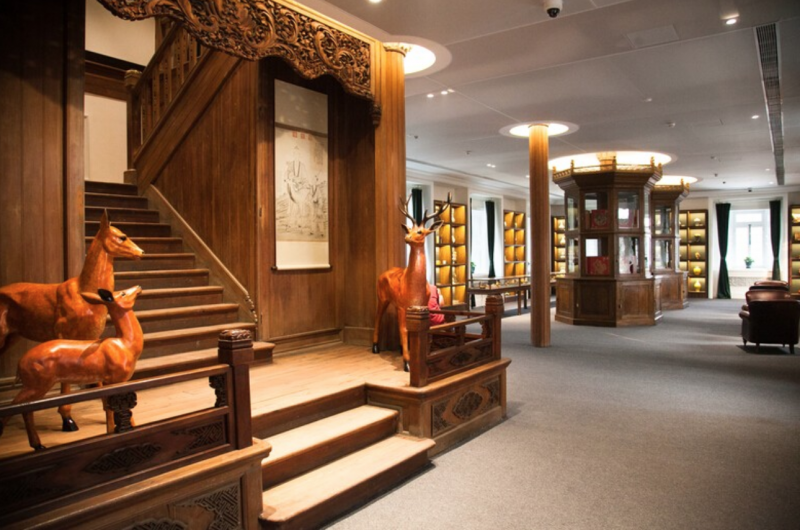 Then the Trumps visited three main halls, respectively are the Hall of Supreme Harmony, the Hall of Central Harmony and the Hall of Preserving Harmony. These three halls are all in the outer court of the Forbidden City, also known as Palace Museum.

The Hall of Supreme Harmony rises some 30 meters above the level of the surrounding square, which is heart of the Forbidden City palace complex. It is the largest surviving wooden structure in China, covering 2,377sq m (25,586sq ft.). It is also the most important building of the nation and the ceremonial center of imperial power. In history, the Emperor came to the hall to receive congratulations from the civil and military officials. 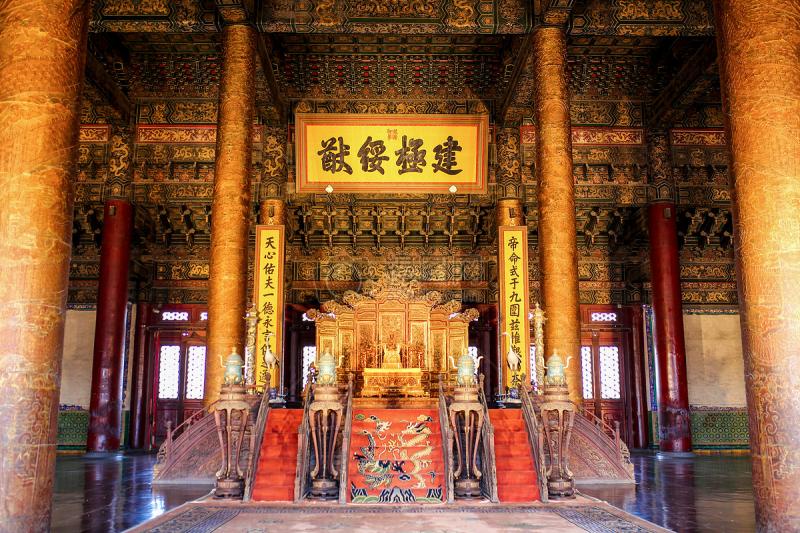 The Hall of Central Harmony is the smallest hall of the three, covering a total area of 580 square meters. It is a square structure built like a pavilion, each side of which is five bays long, measuring 24.15m. It was used as a preparation room for the emperor before he attended sacrifices or other rituals. 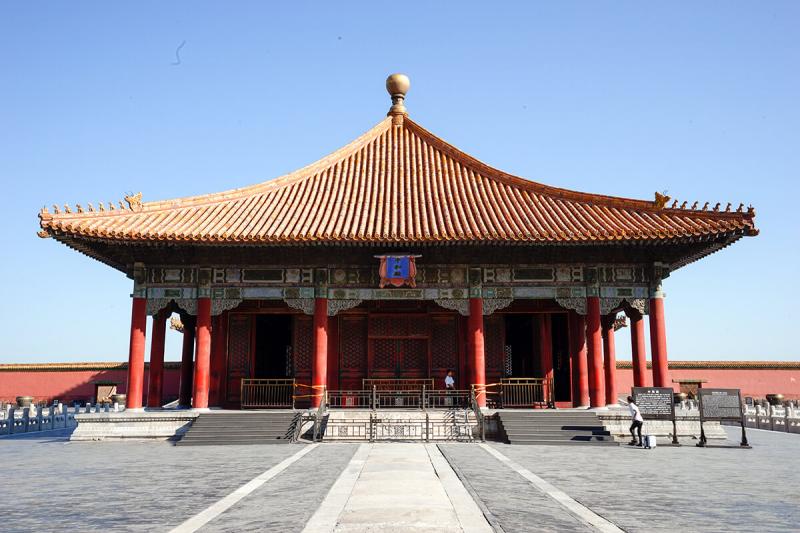 The Hall of Preserving Harmony was used for many functions throughout history, for example, it was used for rehearsing ceremonies, holding royal weddings, Chinese New Year banquets, and was also the site of the final stage of the Imperial examination. 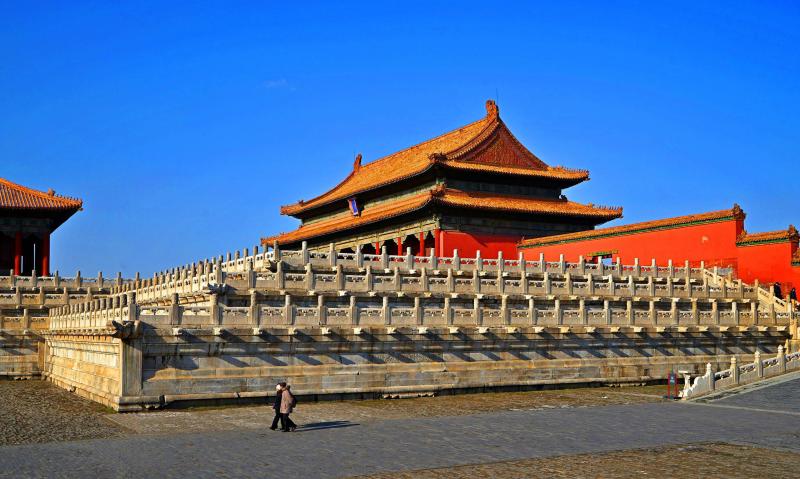 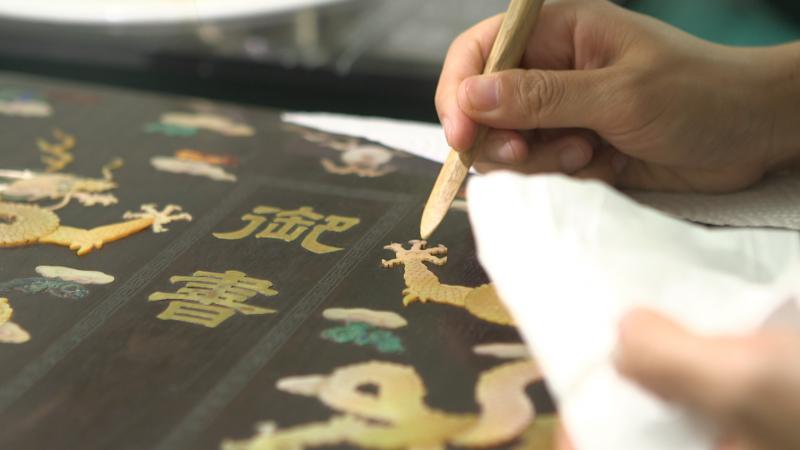 Cultural relic "doctors" showed their skills in repairing damaged ancient pieces including clocks, pottery, textiles, metal containers, wooden items, calligraphy, paintings and so on. The two presidents even tried their own hands at repairing a relic facsimile and then watched an exhibition of treasury relics together. 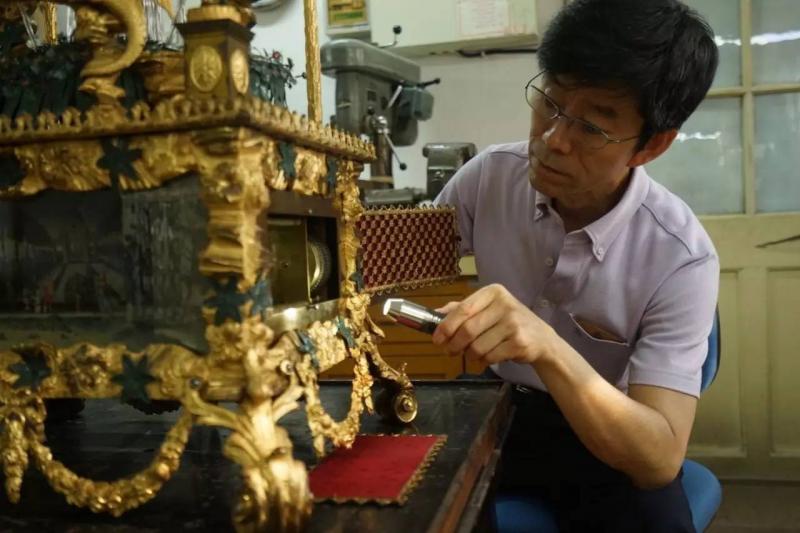 Watch Peking Opera at the Pavilion of Cheerful Melodies

The two presidential couples watched a Peking Opera performance at the Pavilion of Cheerful Melodies. Peking Opera is regarded as one of the cultural treasures of China. It is the largest Chinese opera form with a history of 160 years. It is also extolled as “Oriental Opera”.

The actors performed several scenes from three classic operas, such as Meihouwang (The Monkey King), which is the main character in the classic Chinese novel Journey to the West, features stunning action sequences; and Guifei Zuijiu (The Tipsy Beauty), a classic Peking Opera that describes Yang Yuhuan – a beloved concubine of Emperor Xuanzong of the Tang Dynasty, who danced with beautiful steps after getting drunk. The beauty of art broke through language barriers and culture differences, just stroked the soul directly. 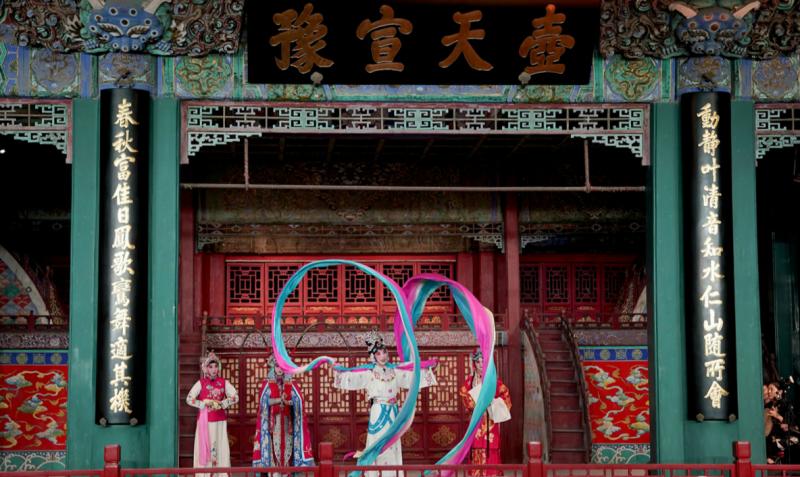 What is also worth mentioning is that the Pavilion of Cheerful Melodies will gradually restore the performance of palace opera gradually in the future. The Pavilion of Cheerful Melodies is a three-story wooden opera house, being used for the emperor and empress watched the opera in history. It has been quiet for 100 years and without any performing, but after all-round renovation, it will be not only a house for collecting opera artifacts and clothing, but also a real opera stage, which can let general visitors enjoy the royal feeling during the tour in the near future.