The dragon came tearing down the lane accompanied by flames and the beating of gongs. Upon reaching our hotel it was momentarily halted by the owners offering rice wine and red envelopes containing crisp bank notes. After dancing through the hotel the dragon retreated to the street where it commenced a battle with the hotel owners who, using homemade bamboo flame-throwers, showered the 6 men controlling the dragon in a cascade of sparks. Similar scenes involving homemade bamboo and cloth dragons took place throughout the town all night long to the great joy of all the residents young and old.

This was the Lantern Festival which marked the end of the Chinese New Year celebrations, but the start of our fascinating tour through some of the more remote areas of Guizhou Province. After an exhilarating night I slept like a baby and awoke refreshed and ready for our trip to... This scenic village with its beautiful old wooden houses has been carefully preserved with the help of the local government. The buildings nestled against a hillside rising up from a river are approached via a broad stone staircase upon which at regular intervals stood women in their colourful traditional costumes. They were each holding a welcoming gift of a small bowl of rice wine. We decided to sacrifice a member of our group to the rice wine wielding women, whilst the rest of us headed straight up into the village. 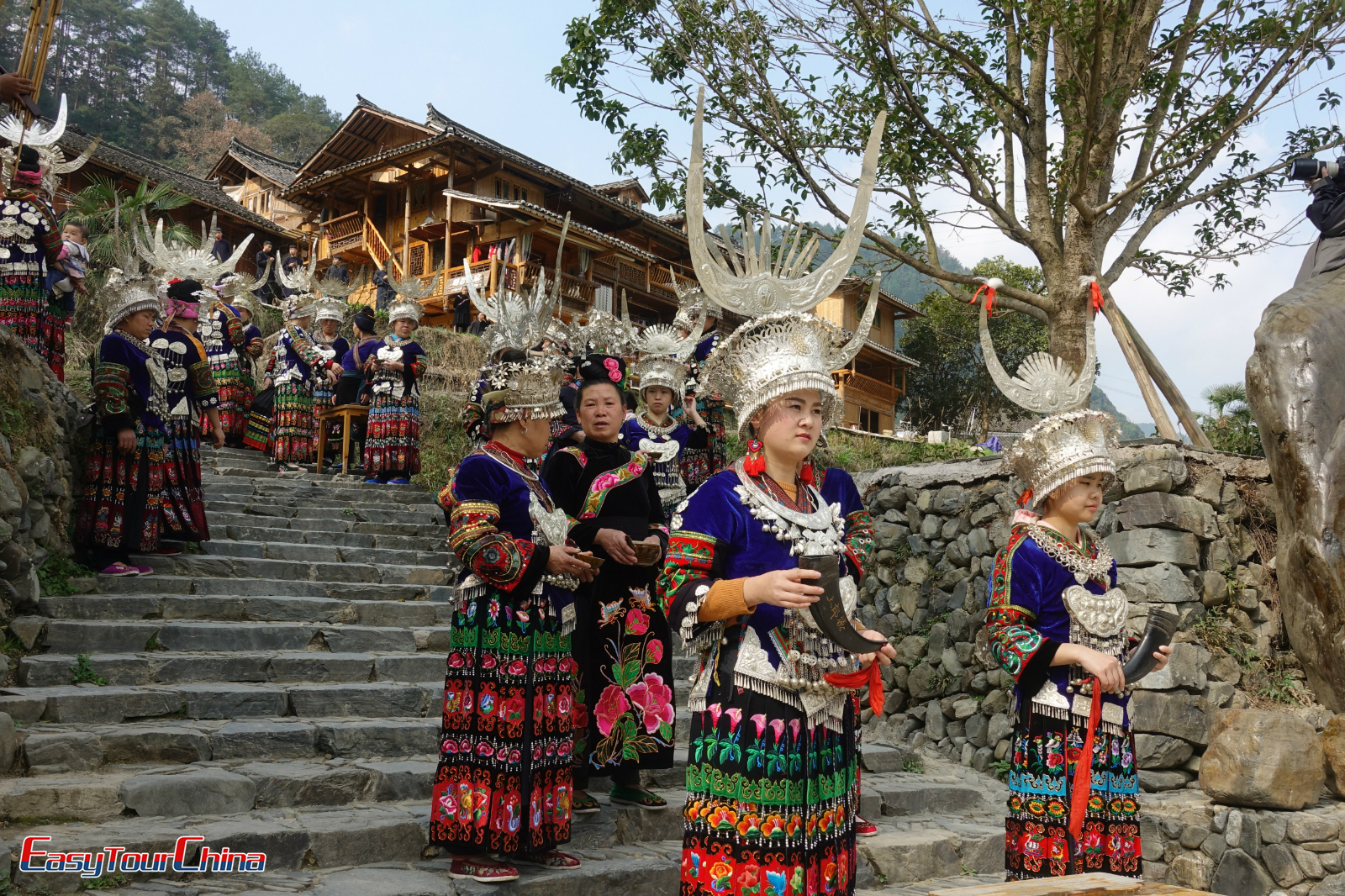 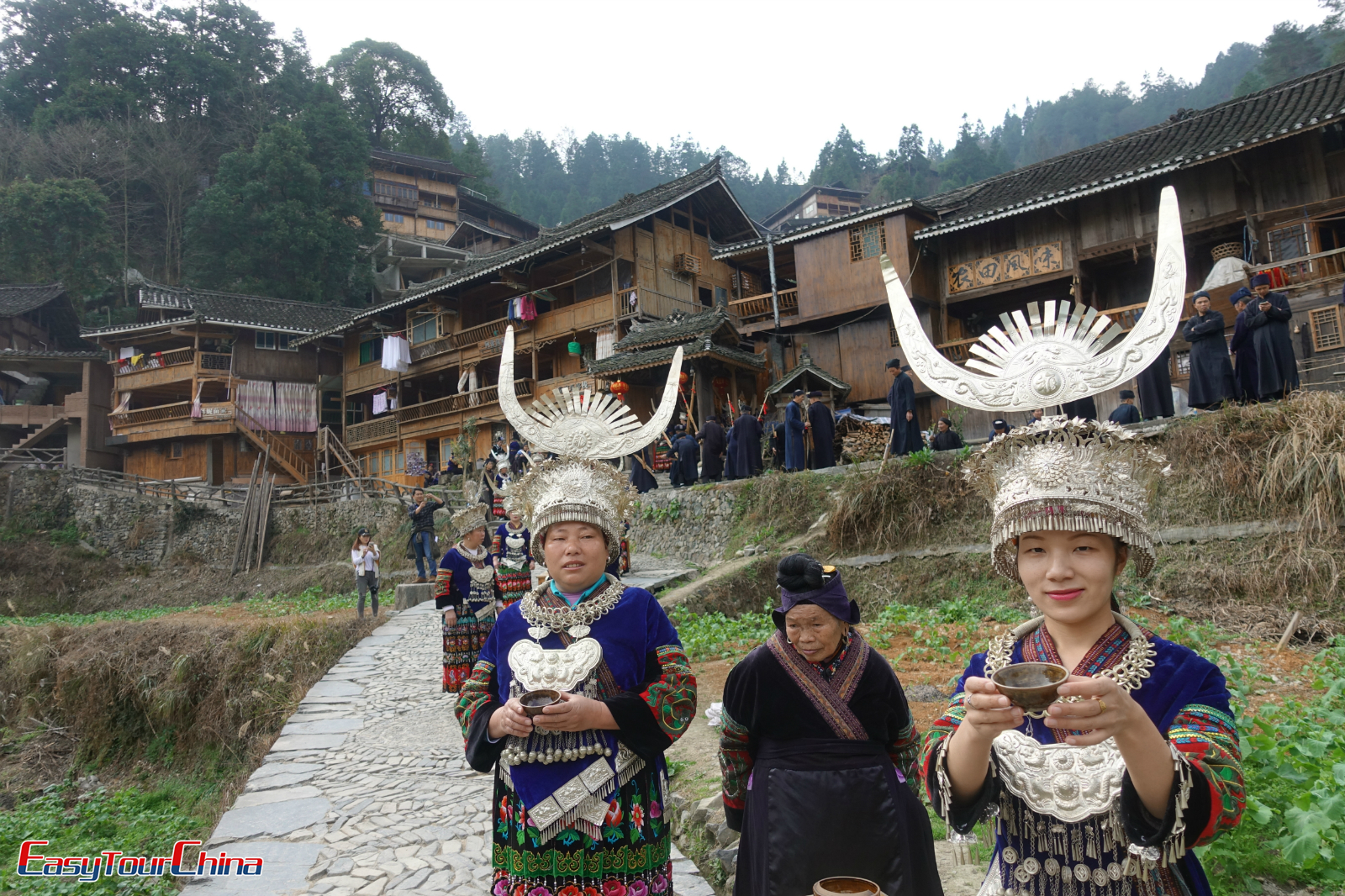 We sat in the village square and watched an almost hypnotic musical performance of singing, dancing and men playing lusheng pipes. In an area where traditions and stories were passed down through the generations using the medium of song it was wonderful to see children as young as 5 or 6 years old accompanying their 70 and 80 year old great grandparents in continuing this ancient tradition. 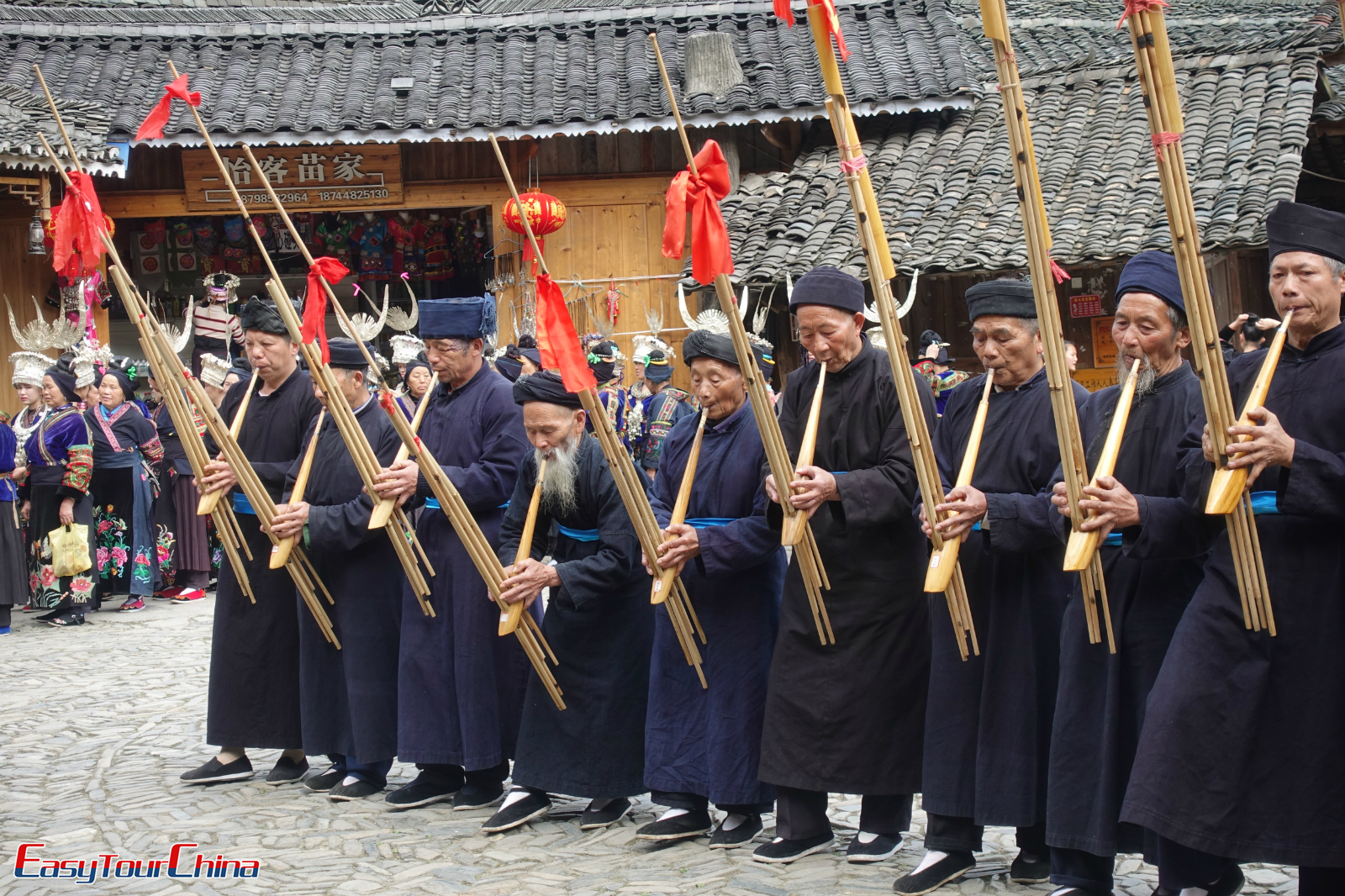 We had a delicious lunch of fresh vegetables and local specialities in one of the village houses before a short hike along the winding river back to our vehicle. That evening, back in the town we enjoyed a great dinner in the street before trying our hand at a local dance that involved bashing small wooden stools together to beat out a tune. 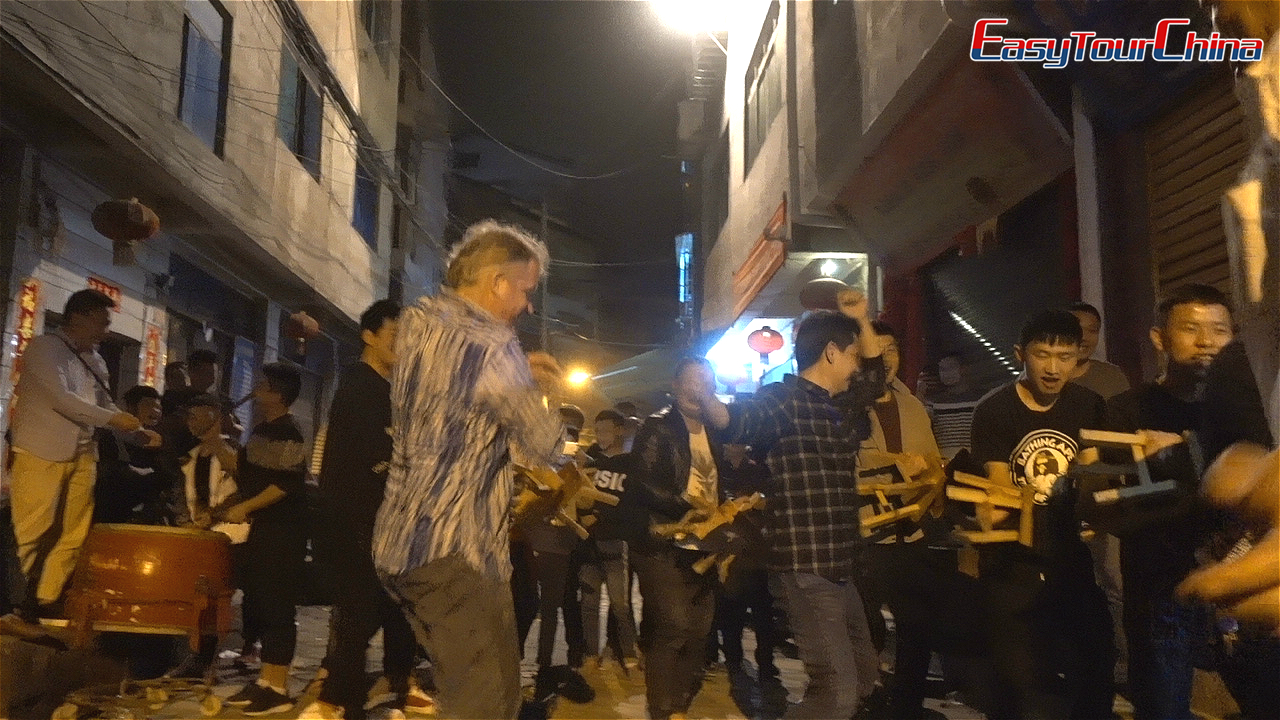 Over the following days we travelled through beautiful scenery, visited many different villages, learned more about different minority groups and ate amazing local food. We attended a singing competition of the Miao Minority. The women’s costumes were spectacularly vibrant and copiously adorned with silver ornamentation that jingled and jangled as they moved. We learned that singing is also an important way of finding a partner, which means that people like myself with a terrible voice are destined to remain single. 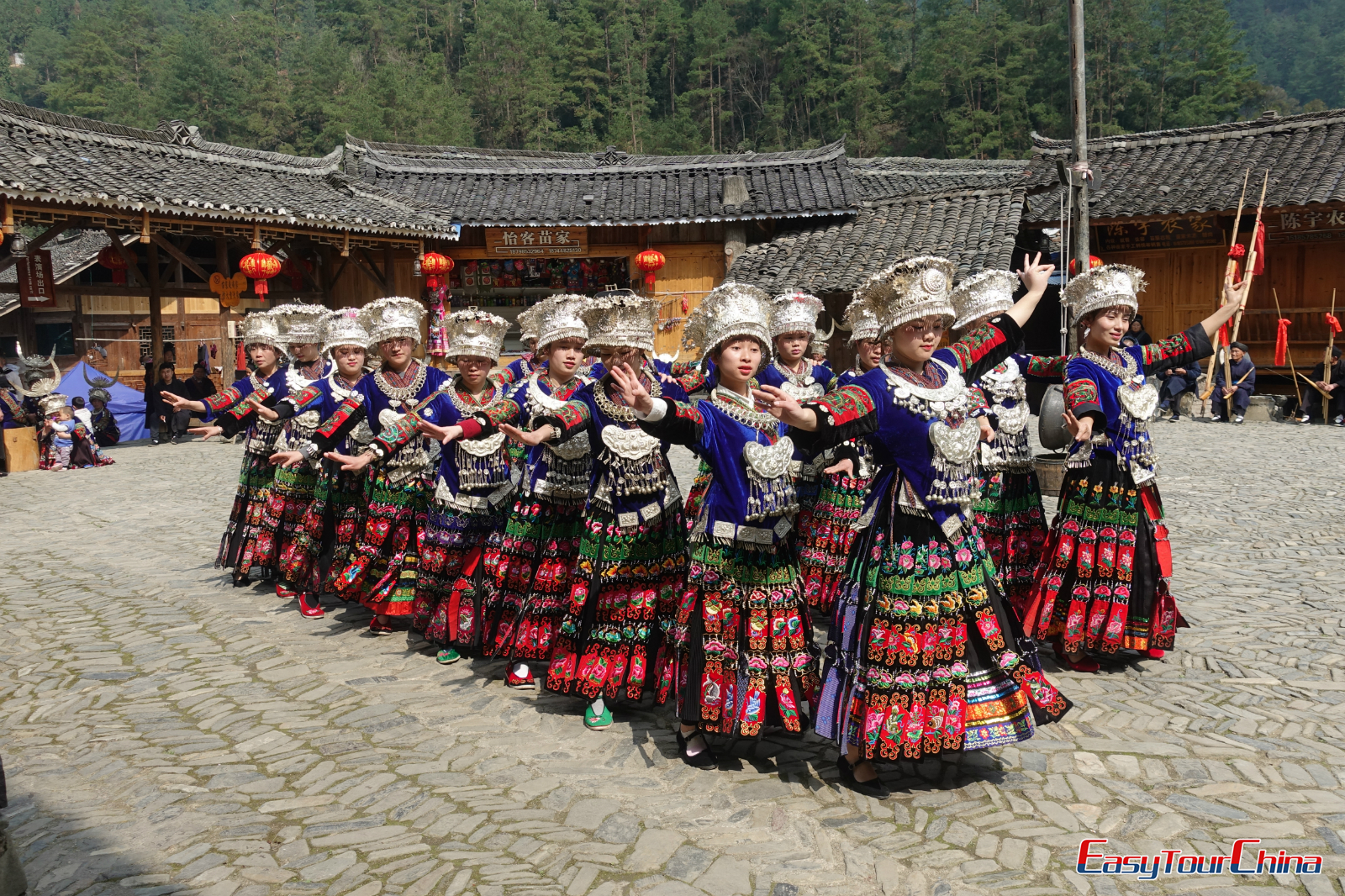 In one village we learned the art of Batik, with its intricate details, that is used in many of the traditional outfits. We had the opportunity to stay in some local houses and learn first hand more about the customs and traditions of this area. 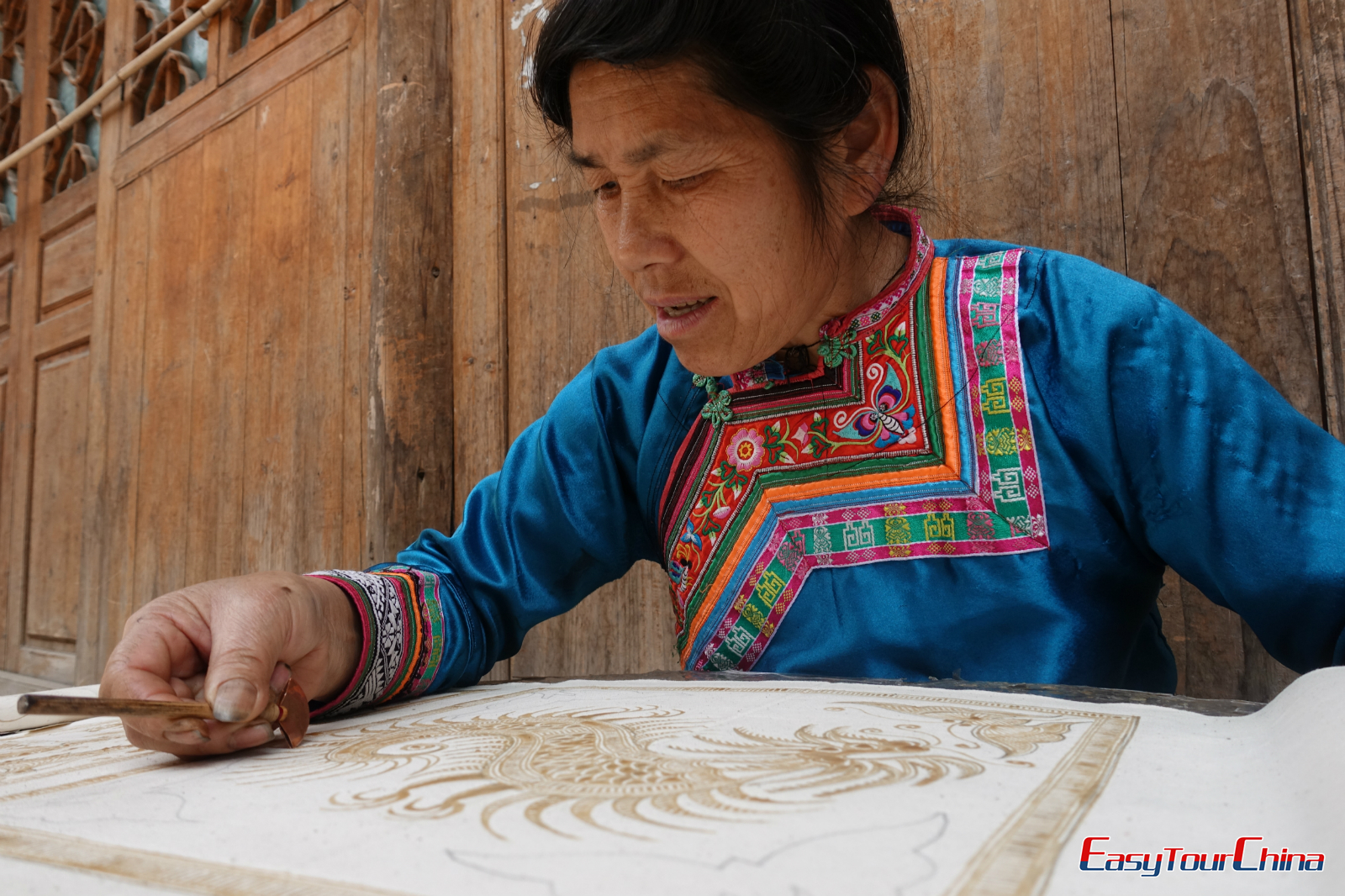 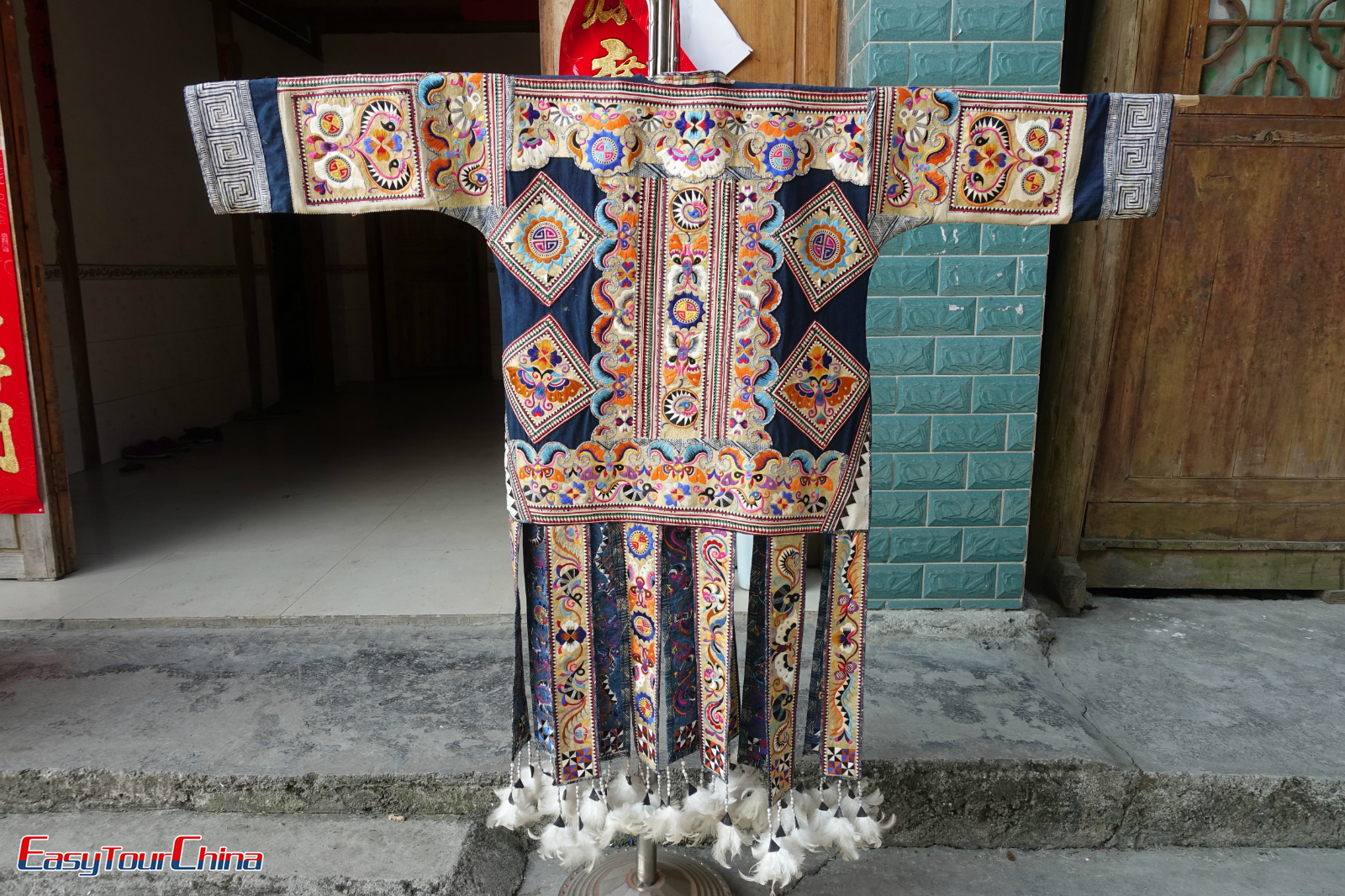 Apparently there is a festival almost every day somewhere in Guizhou Province, you just need the right people to help you find them, and we certainly travelled with the right people. I had an exhilarating tour and knowing that each trip is unique it probably won’t be my last visit to this gorgeous part of the world. 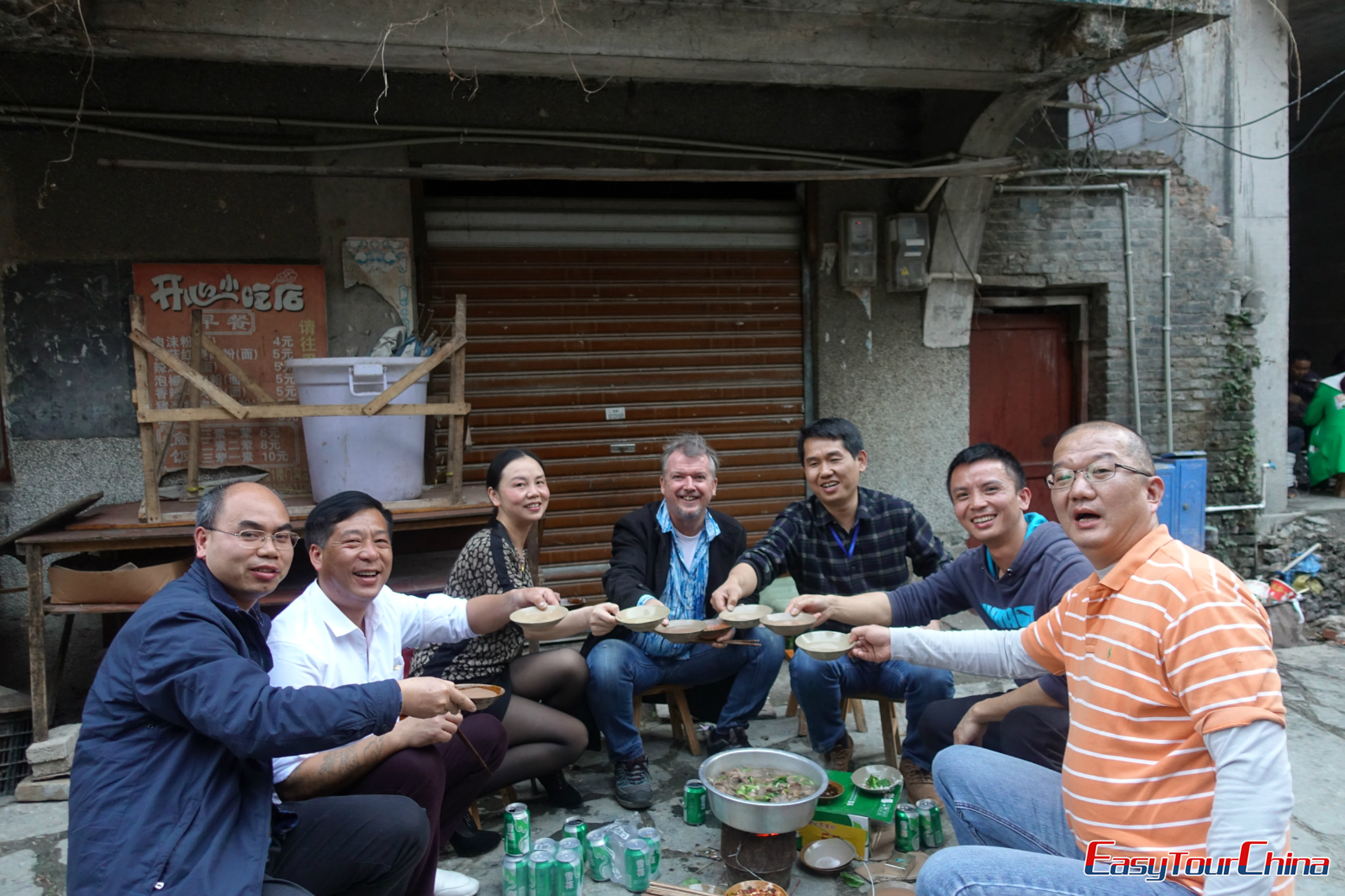