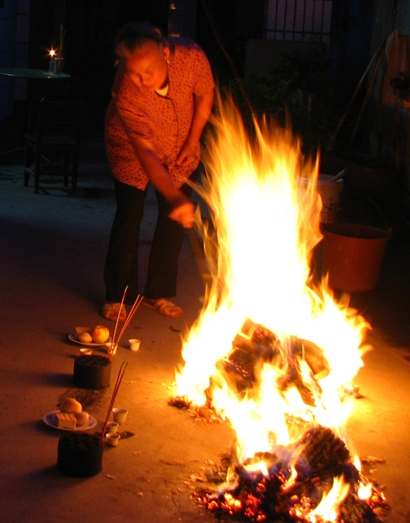 The Ghost Festival, also known as Zhongyuan Jie in Taoism or the Ullabana in Buddhism, is a traditional Chinese festival celebrated on the 15th night of the seventh lunar month. In Chinese tradition, the 15th day of the seventh lunar month is called “Ghost Day”; and entire month is known as “Ghost Month”, when the Gates of Hell are opened up and the ghosts are free to walk the earth. The ghosts on the 15th night are in high gear. In 2011, the Ghost Festival falls on August 14.

For Chinese people, Ghost Festival is for assoiling and sacrificing the ghosts of the Hell. At that day, the dead would return to visit their living relatives. Tradition states that Family members offer prayers to their deceased relatives, burn joss sticks, paper money and offer food. People now also burn paper houses, cars, servants and televisions to their dead relatives. It said that the offerings would reach the ghosts and help them to live comfortably in the afterlife. Almost as important as honoring the ancestors, offerings to ghosts without families must be made, so that they will not cause you any harm.

Another activity of the festival is to release and flow water lanterns on lakes or rivers. These lanterns are made by setting a lotus flower-shaped lantern on a piece of board. People use these floating water lanterns to direct the lost ghosts back to hell. 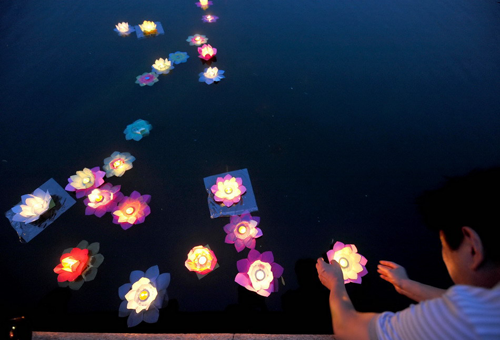 In China, there is a ghost city - Fengdu modeled after the Chinese Hell, built over 1,800 years ago. In Chinese culture, Fengdu is believed to be the resting place of the spirit of the dead. All people's ghosts, regardless of age and sex, will come to Fengdu after death. Today, Fengdu is a very popular shore excursion site for tourists on the Yangtze River. It offers a good chance to explore Chinese ghost culture.