China has spent about 1.45 billion yuan (224.8 million U.S. dollars) over the past 30 years on protecting cultural heritage in Tibet, setting a record in the country's history of cultural preservation efforts, a cultural official said Tuesday, August 23.

The central government has not spent that much money on cultural heritage protection projects in other areas, Shan Qixiang, director of the State Administration of Cultural Heritage, said during a forum on Tibetan culture held in Lhasa.

Tibet is home to the Potala Palace, a UNESCO World Heritage Site in the heart of Lhasa which serves as the residence of Tibet's former theocratic rulers or the Dalai Lamas. There are 35 cultural sites in Tibet listed on the state's priority protection list, Shan said.

The most recent government-sponsored renovations, which cost an estimated 570 million yuan, benefitted 22 historic relics in Tibet. 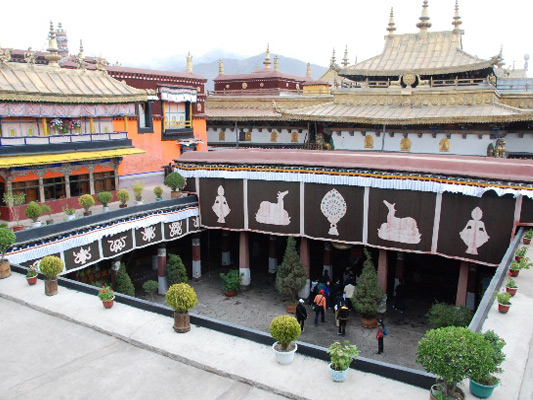 Sites undergoing renovation or protection work include Lhasa's most sacred monastery, the Jokhang Temple, as well as the ruins of the ancient Guge Kingdom in the remote Ngari Prefecture and the traditional seat of the Panchen Lamas at Shigatse's Tashilhunpo Monastery.

These projects started in 2009 and will be completed soon, the official added.