As a popular Chinese saying goes, food is heaven for the people. It is not surprising that food plays a major role in any Chinese festivals. During Spring Festival, several "lucky" foods are served to celebrating Chinese New Year. As their names are homophones for words that mean good things, they are consumed to usher in wealth, happiness, and good fortune.

Fish
Fish is always a must for new year's celebration because it is a symbol of prosperity. The pronunciation of "fish" (鱼) in Chinese makes it a homophone for "surpluses"(余). It is customary to serve a fish for the New Year's Eve dinner. Usually, fish is not cut into pieces, but cooked as a whole. When fish is placed on the dining table, its head must be at the elders, as a sign of respect. In most areas, fish is not eaten completely (and the remainder is stored overnight), as the Chinese phrase "may there be surpluses every year" (年年有余) sounds the same as "may there be fish every year". 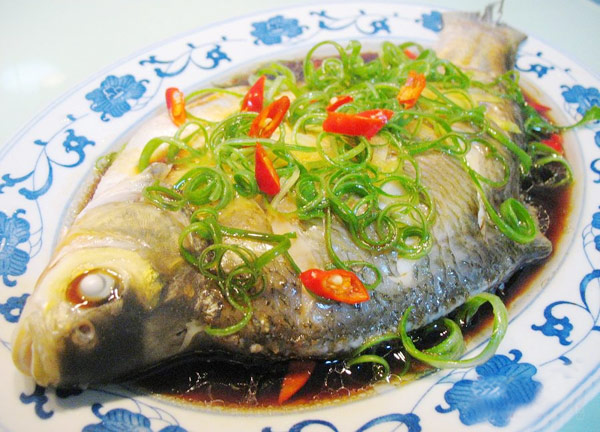 Jiaozi
Jiaozi or Chinese dumplings are one of the major foods eaten during the Chinese New Year and year round in the Northern provinces. Jiaozi symbolize wealth because its shape resembles a gold or silver ingot. Chinese people make dumplings after reunion dinner on New Year's Eve, and the preparation is similar to packaging luck inside the dumpling. When people eat Jiaozi around midnight, they hope that it will bring prosperity and good luck for the forthcoming year. 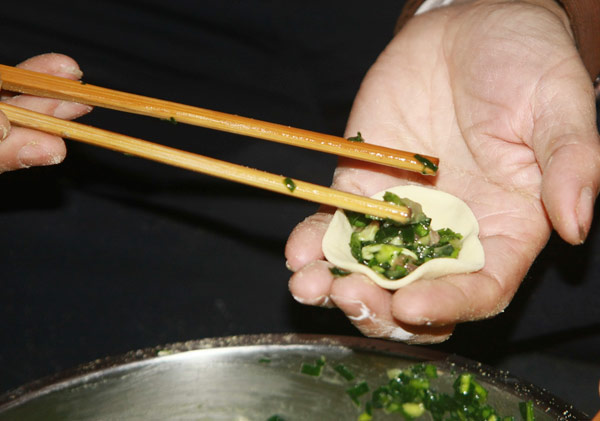 Niangao
Niangao literally means "new year cake" with a homophonous meaning of "higher year". It is a kind of sticky cake made of glutinous rice flour and sugar in the shape of rectangle or circular. The color of the sugar used determines the color of Niaogao (white or brown). Chinese people usually send pieces of it as gifts to relatives and friends in the coming days of the new year. It is considered good luck to eat nian gao during Spring Festival, for its symbolism of "promoting year by year". 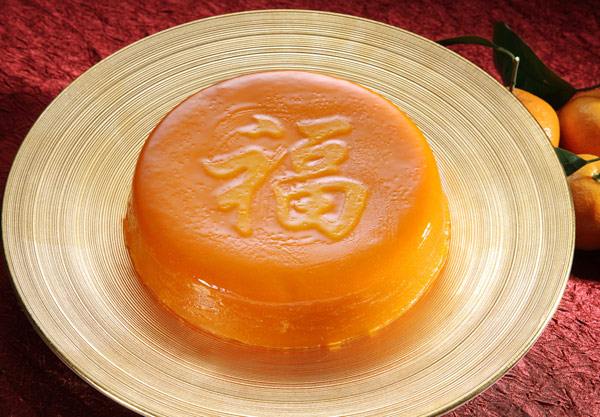 Tangyuan
Tangyuan, also called Yuexiao in Northern China, is a boiled glutinous rice ball with stuffing. Its name "Tang-yuan" in Chinese has similar pronunciation as the word for "reunion". It is eaten traditionally on Lantern Festival, which falls on the 15th day of the 1st month in Chinese lunar calendar. Thus, Chinese people also call the day "Yuanxiao Festival". It officially ends the 15-day Chinese New Year celebrations. 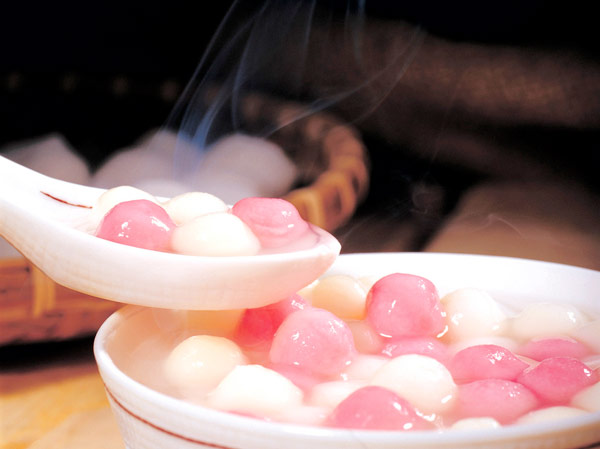