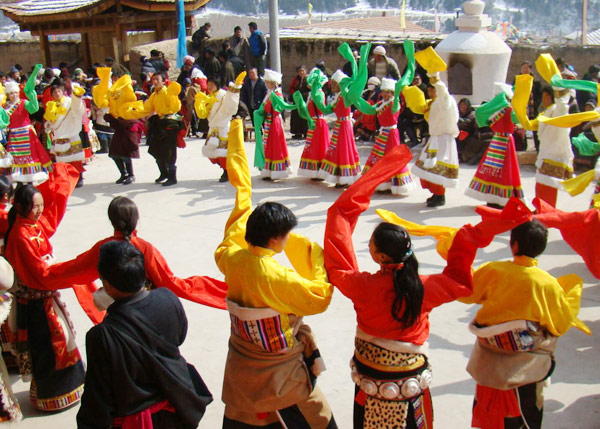 Losar is the Tibetan word for "new year". Losar Festival in Tibet is the biggest event, just like the Christmas in the West. It marks the beginning of Tibetan New Year. The festival lasts for 15 days, from the 1st to 15th day of the first month in Tibetan calendar. Since most Tibetans practice Tibetan Buddhism, celebrations of Losar are permeated with strong religious atmosphere. They feature ancient rituals, stage fights between good and evil, chanting and passing fire torches.

Date
Historically, since the systematization of the Tibetan calendar in 1027 A.D., the first day of the first month became fixed as Losar - the New Year. The Tibetan calendar is made up of 12 or 13 lunar months, each beginning and ending with a new moon. A thirteenth month is added every two or three years, thus an average Tibetan year is equal to the solar year. Tibetan people follow a lunar calendar, so the date of Losar changes from year to year. In 2012, the Tibetan New Year begins on February 22. 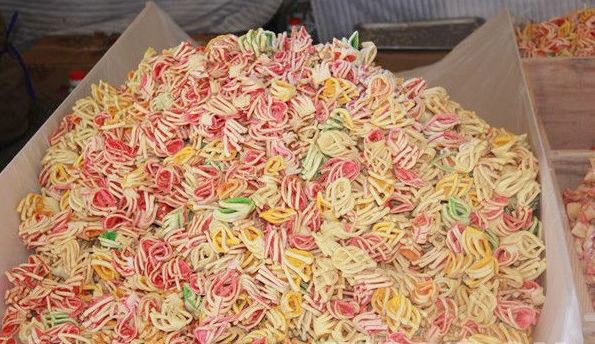 Actually, preparations for Losar start a month or days earlier. Tibetans buy food, clothing, furniture, and decoration materials for the coming celebrations. On the 19th day of the twelfth lunar month, tradition says that it is a day for cleaning. People would clean their houses very thoroughly to sweeps away bad luck.

Traditions & Celebrations
Traditionally, the celebrations begin on the twenty-ninth day of the twelfth lunar month, that is, the day before the Tibetan New Year's Eve. 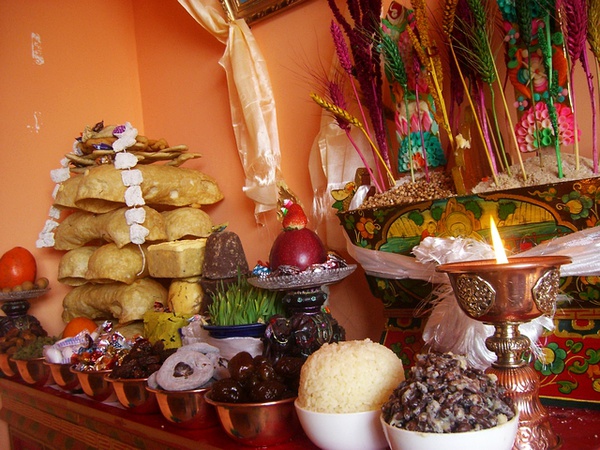 The custom that day is to make a traditional noodle soup called "Guthuk". It is made from nine different ingredients including dried cheese and various grains. This dish is served with small dumplings. The dumplings are stuffed with one of various things such as chilies, salt, wool, rice and coal. The ingredients one finds hidden in one's dumpling are supposed to be a lighthearted comment on one's character. Wool means "good-heartedness", and coal "black heart". It is a good way of merrymaking. After dinner, people let off firecrackers and torches are used to rid the homes of evil spirits which may be lurking. On the last day of the year, Homes are freshly painted, families dress up in new clothes, good food and special dishes are cooked. People then honor the gods in their household shrines and place offerings before them. Also, Monasteries are all deckled up in the finest decorations and a Blessing Ceremony is performed on the first day of Losar.

By tradition, the most important thing on the first day of Tibetan New Year is to seek "holy water". In the morning, Housewives would get up very early, and cook a pot of barley wine for the family. When dawn breaks, they head for a nearby river, or well, to fetch the first bucket of water. For the "holy water", the family would be blessed with good luck for the New Year. Also, family member will greet each other with well-meaning wishes - "Tashi Delek". In the coming two weeks of celebrations, Tibetans will also exchange New Year's greetings, worship gods and horse-racing.