Zhangye city in northwestern China’s Gansu Province is a photographer’s dream, by boasting the spectacle of coloful mountain with Danxia landforms extending for 410 square kilometers in Linze and Sunan counties. With its majestic table mountain terrain, odd-shaped Danxia cliffs, and dynamic, dramatic colors, Zhangye Danxia Landform Geological Park is one of the most beautiful corner on earth and displays a unique type of petrographic geomorphology found in China. The national geologic park was approved as a Global Geopark by the Executive Board of the United Nations Educational, Scientific and Cultural Organization (UNESCO) at its 209th session on July 7, 2020. 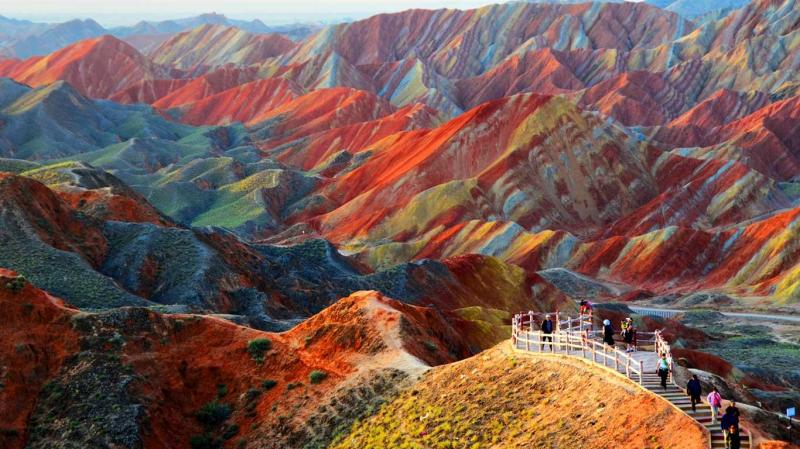 Danxia landform refers to red sand conglomerate by long-term weathering stripping and water erosion, the formation of isolated mountain peaks and steep strange rocks. Influenced by its special geologic framework, and together with thousands of years of freeze-thaw peeling, wind and rain, isolated peaks and steep stone walls formed, and differed in color, texture, shape, size and pattern, then giving rise to its present appearance.

Zhangye Danxia Landform on Qianlian Mountain is a masterpiece of great nature’s design, with the erosion of red sandstone. It developed from Pre-Jurassic to tertiary period about 2 million years ago, and it is mainly composed of red gravel, sandstone and mudstone as well. Zhangye Danxia is typical of an arid or semi-arid climate and stands out with the cross layers, eroded caves, vertical joints, and multi-colored slopes. 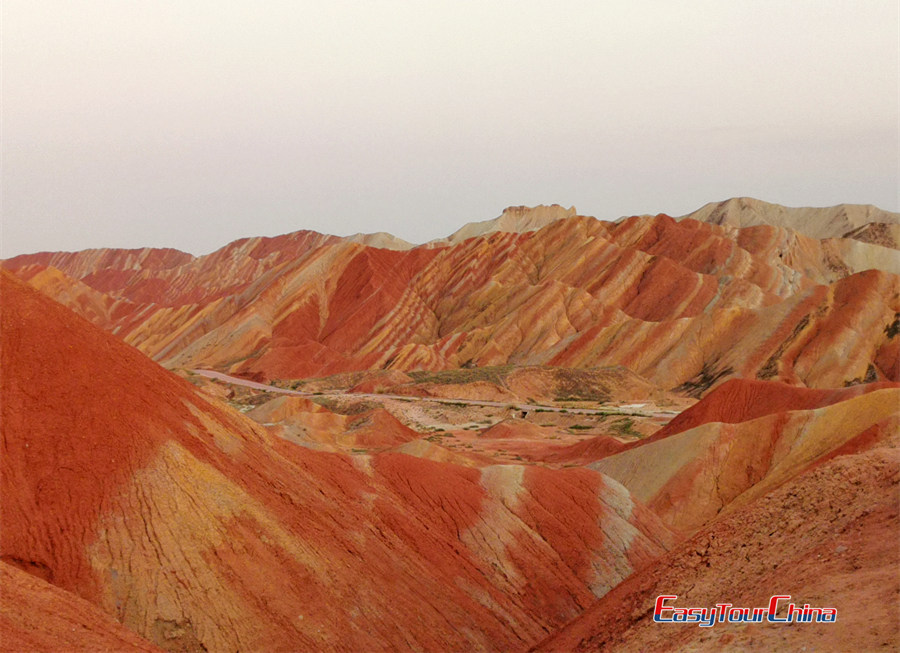 The first area with the altitude of 2000-3000 meters, Zhangye (Linze) Danxia Scenic Area, is the most typical Danxia landform in China's arid region with vast space, marvelous mountains, distinctive shapes and magical color, which make it a best-known geological wonder in China, even in the world. It is hard to believe this insane mountain formation is real, but it does exist! 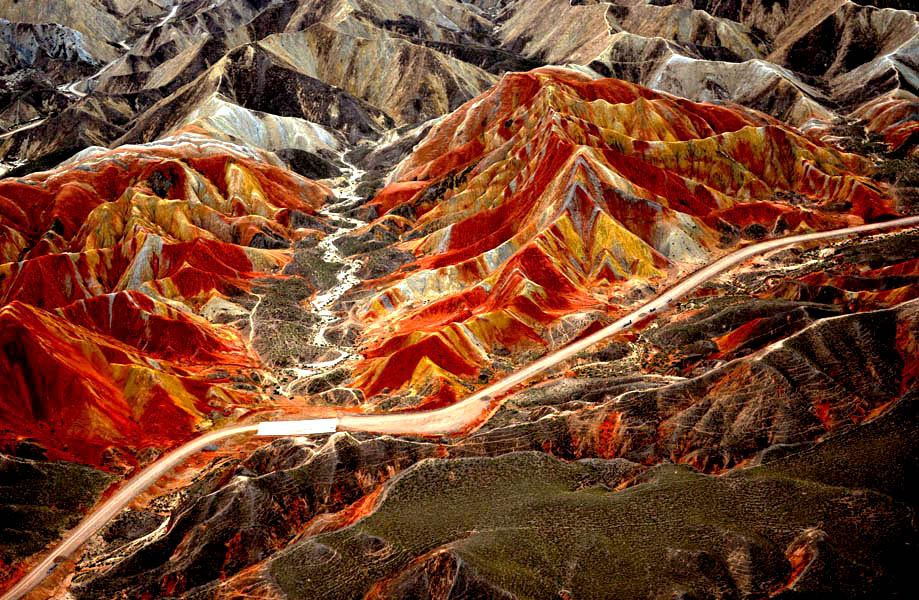 The colorful Danxia scenic spot integrates the cliffs of Danxia mountains in Guangdong Province, the strange, dangerous and spectacular stone columns forest, as well as the colorful appearance of Wucai city in Xinjiang. Many visitors call Zhangye (Linze) Danxia Scenic Area “the rainbow mountains” for the layers of different colored sandstone, ranging from red, orange, green, yellow, blue, white, etc.; being extremely stunning when the sun shines again after rain.

Zhangye (Linze) Danxia Scenic Area is one of the areas with the largest and best developed Danxia landform, the best preserved and the richest landform. It has four viewing platforms for catching wonderful pictures in the scenic spot. It is also favored by movies, The Sun Also Rises directed by Wen Jiang and A Simple Noodle Story directed by Yimou Zhang are both shot here. 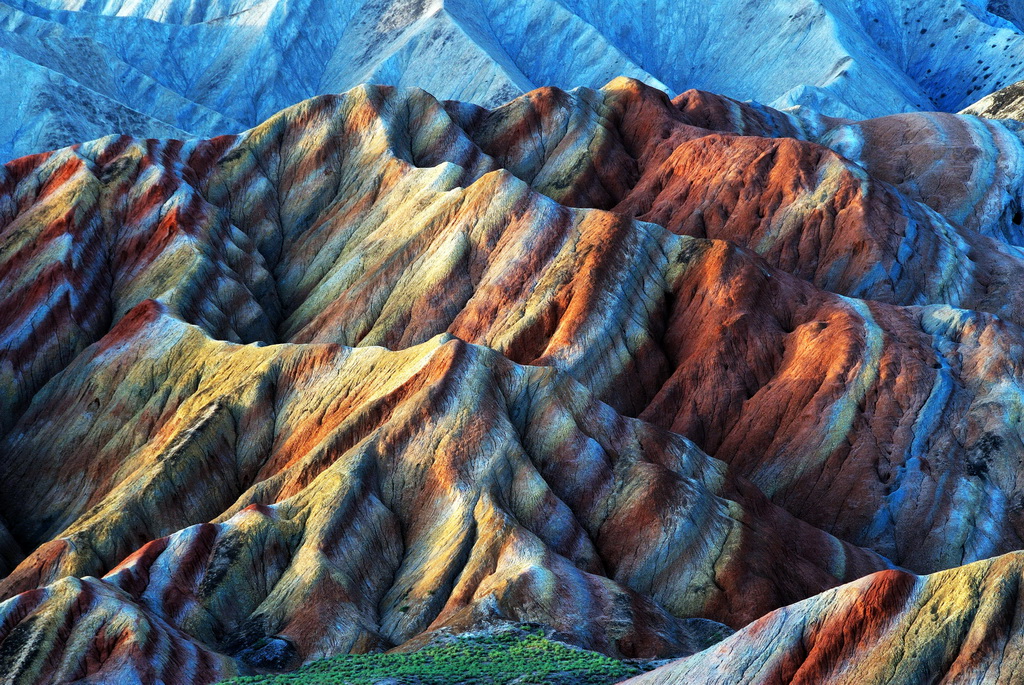 The Second area, Binggou Danxia Scenic Area, is known as "window lattice and palace-shaped Danxia topography”. To the east of Zhangye downtown for 50km, 11km away from Zhangye (Linze) Danxia Scenic Area, Binggou Danxia is fewer crowded. It is famous for the majestic and precipitous appearance. But its development level is very low. There are almost no repaired roads and few people go there. Except for guided vehicles or self-driving tours, it is difficult to get here. (Ticket price is RMB60 per person.) 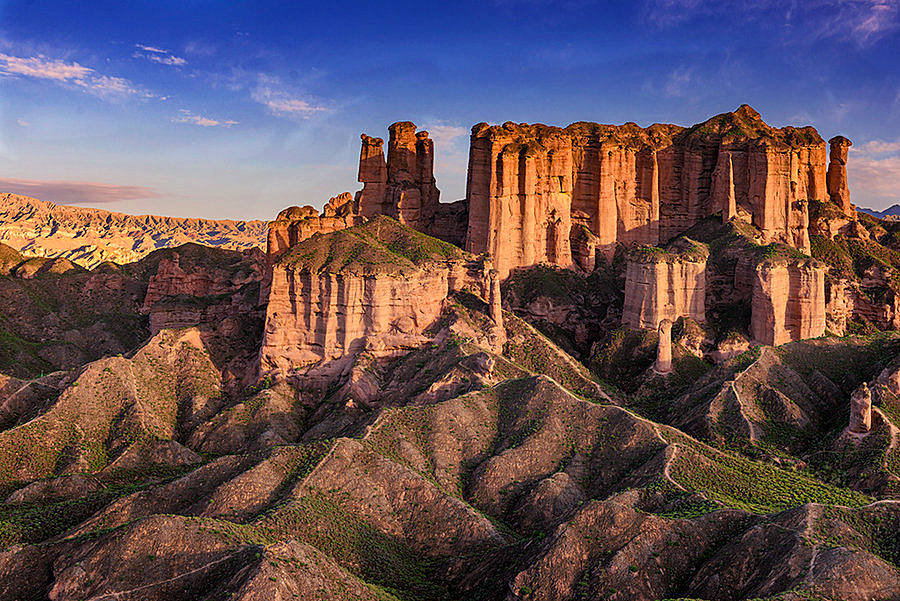 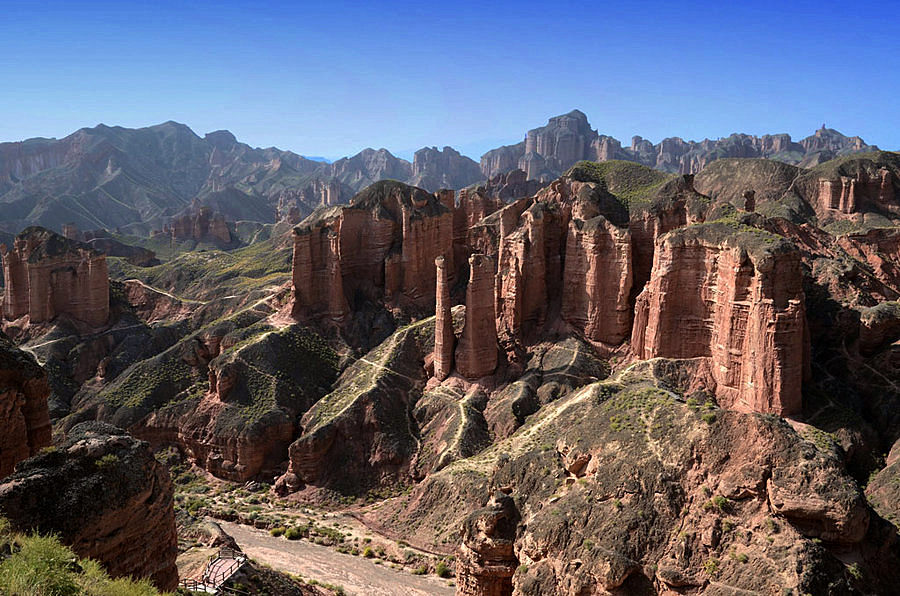 >>What to Do – Activities for Travelers

The handsome Zhangye (Linze) Danxia Scenic Area is regarded as one of the most scenic and best places for photographic creation. It is an amazing place with many variations which can be satisfied with both professional photographers and normal visitors. Danxia landform is most colorful in the sunshine after rain; the sunrise and sunset scenes here are both breathtaking; look for animal shapes in the mountains… You can find the beauties from different perspectives.

The area is about 200 square kilometers in Zhangye (Linze ) Danxia Landform Geological Park. If you want to get closer to the magical landform, hiking through four viewing platforms will be impressive.

Camel riding is a featured experience in Gansu Province especially in desert region. This time you can touch the camel and ride through the rainbow-like landscape, taking a picture of walking on the rainbow.

Have you tried to enjoy the vast landscape from 50-miter height? Take a hot air balloon to have a bird view of the entire scenic spot to get an unparalleled visual enjoyment. Other than putting yourself in a colorful world of fairy tales, flying in a hot air balloon is a romantic and exciting experience itself. 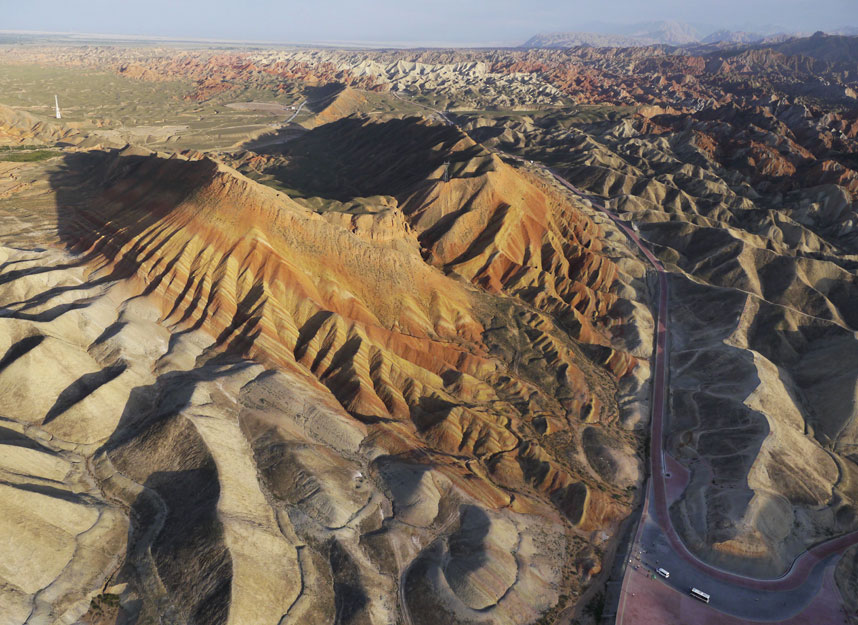 If you drive yourself, get out of the Zhangye Highway Exit, and then drive along Sunan Road for 47km, to Nantaizi Village of Linze County. You can also take a coach at Zhengye West Bus Station, from Zhangye to Sunan County or Linze County, and then the taxi driver will take you to the destination.