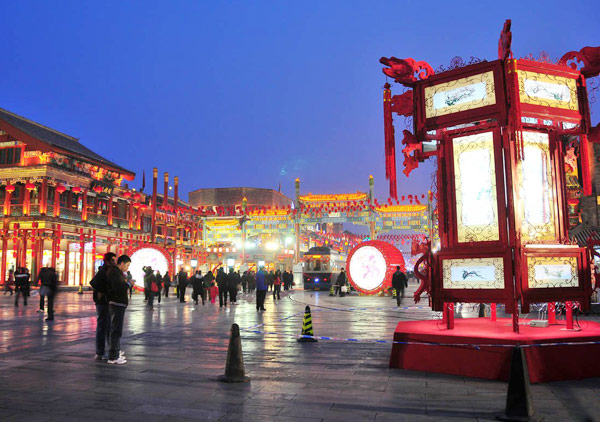 The first month of the Chinese lunar calendar is called yuan month, and in ancient times people called night xiao. On the fifteenth day of the first lunar month, it is the first night to see a full moon after the New Year. Thus, the day is called "Yuanxiao Festival" or "Shangyuan Festival". According to Chinese tradition, at the very beginning of a new year, when there is a bright full moon hanging in the sky, there should be thousands of colorful lanterns hung out for people to appreciate. Also, Chinese people celebrate it as Lantern Festival. The date in the Western calendar changes annually; and in 2012, it falls on February 6.

Of course, for Lantern Festival, the displaying of lanterns is a major event at night. In the moonlight, lanterns with various colors, shapes, and sizes are hung in the streets. People walk at a leisurely pace, and appreciate the creativity of diverse lanterns. Children carry self-made or bought paper lanterns, and have fun with their family. "Guessing lantern riddles" is an essential part for lantern watching. The puzzles or riddles were written on a piece of paper and posted on the lanterns. If one can solve that puzzles, a little gift would be given. 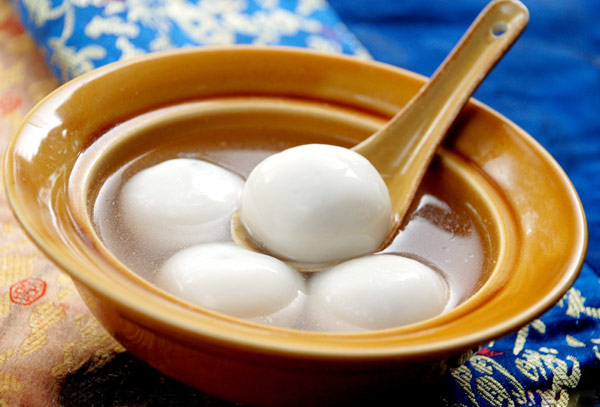 And, Tangyuan, a traditional food for Lantern Festival, is eaten together with family. Its name has a similar pronunciation as the word for "reunion" in Chinese. In Northern China, it is also called "Yue Xiao", which derives from the festival. The food is made from glutinous rice flour with stuffing in round shape. The difference between Tangyuan and Yuanxiao is the way they are made. People in north China make yuanxiao by rolling a hard stuffing in glutinous rice flour. In south China, tangyuan is prepared by placing the filling inside rice flour wrapping, similar to the making of jiaozi. The round shape of the balls and the bowls where they are served, come to symbolise the family togetherness.

Besides, some performances would be staged in the daytime of the festival, like setting off fireworks, dragon dance, lion dance, land boat dance, yangge dance, and walking on stilts, etc.