The tour is focusing on the world famous places in southwest of China – Yunnan, and is including the Tibetan culture visit at Shangri-la, amazing trekking on Tiger Leaping Gorge (both upper and low way), biking the highlight regions around Lijiang, Dali though remote villages, lakes, snow mountains, hot spring and ancient towns, together with a boat experience to across the branch of Yangtze River and home stays in the local farmers’ guesthouse.

Welcome to magnificent China! Upon arrival at the airport, you will be met by a representative who will take you to your hotel and help you check in.

Shangri-la was named after the idyllic fictional city of James Hilton's Lost Horizon, as a scheme to attract more tourism to this often-overlooked, but incredibly beautiful region. The town has since then been renamed Diqing, but tourists continue to arrive, drawn in by its tall mountains, Tibetan architecture, and sacred lakes.

After a short rest, you will head out with your group and walk around Dukezong Ancient City, which dates back some 1,300 years. You can also visit Ganden Sumtsenling Monastery, the largest Tibetan Buddhist monastery in Yunnan province. Take advantage of this day to learn about traditional Tibetan architecture and customs. 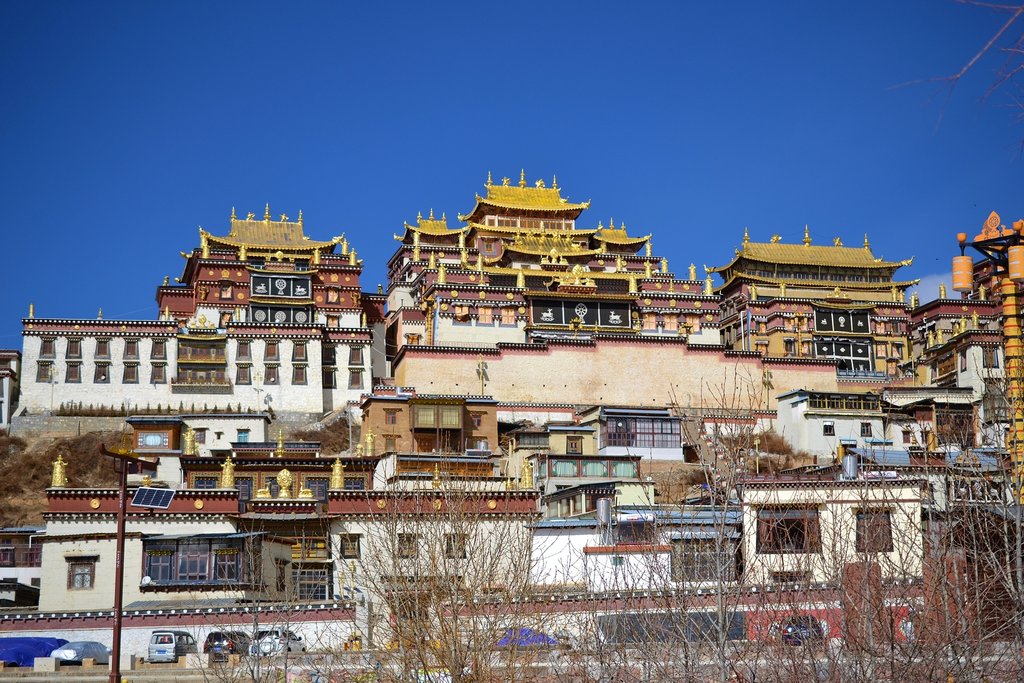 Today, you will do a gentle warm-up cycle tour through the Tibetan highlands, passing through the scenic Napa Lake.

You'll only do about 28mi (45km), getting your muscles ready for the longer cycling days that await. On the tour, you will be stopping by some of the temples and villages that dot the mountains. As you cycle through grasslands where horses feed, beautiful lakes, and soft slopes, you'll understand why this region is often called the "Lost Horizon. 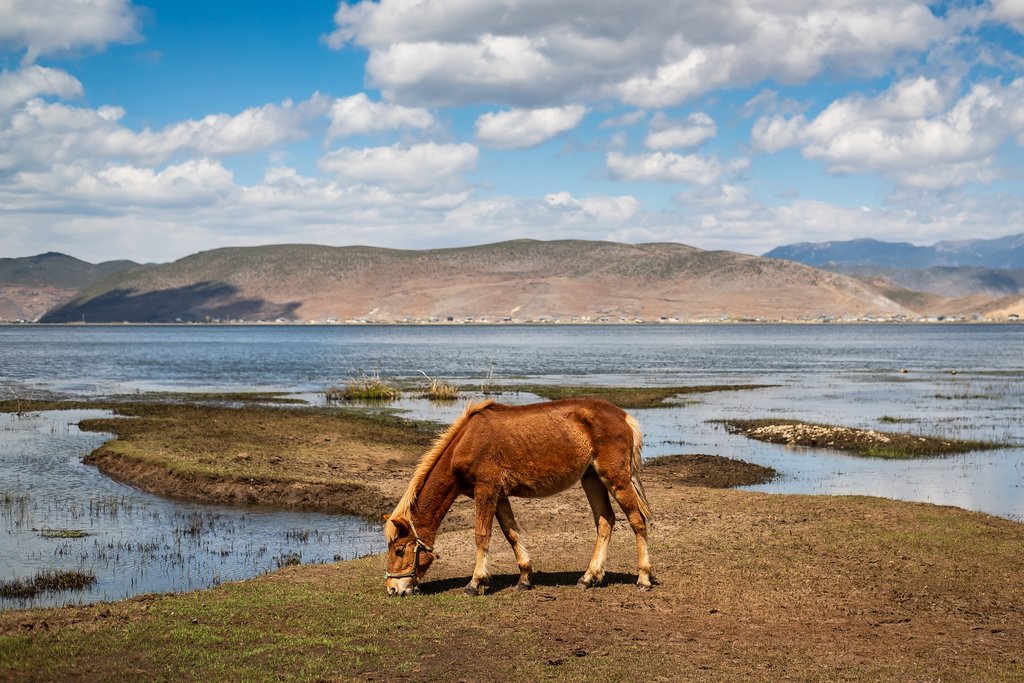 Get excited for the beginning of your cycling adventure!In the morning, you'll drive through an arid plateau to Pudacuo National Park, where you'll ditch the car and start moving on your own two wheels.

You'll set off with a downhill stretch on a stable road, and cycle through a series of valleys and mountains, gradually descending to the village of Bai Shui Tai. On the way, don't neglect to take in the beautiful rural scenery.

The final stretch of the route brings you through a conifer forest. Located below the Haba Snow Mountain (the other side of Tiger Leaping Gorge), Bai Shui Tai is famed for its natural mineral terraces known as the White Water Terraces. This natural phenomenon was created by calcium carbonate deposits from melting mountain spring water.

You'll arrive at your destination in the late afternoon, and recover while taking in the beauty of the surrounding mountains. 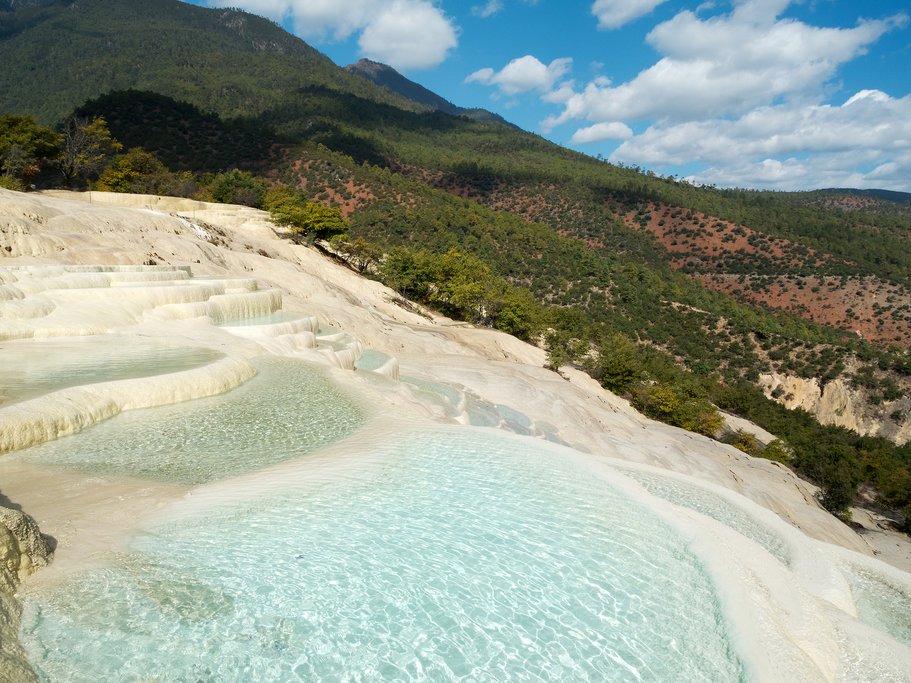 Set off in the morning through a few gentle hills before attempting a more serious climb to the top of a pass. From here, you will have views of the stunning Haba Mountain Peaks, whose highest point stands at a dizzying 17,700ft (5,396m)! The Haba Snow Mountain glacier is the southernmost glacier in China and boasts an alpine moraine lake, and endless clusters of azaleas and waterfalls cascading down snow-covered cliffs.

You'll make a short descent into Haba Village, whose resident minorities include the Naxi, Hui (Muslim), and Yi peoples, as well as a few Tibetans. Take a break from pedaling in this pretty village and interact with the friendly locals.

In the afternoon, you'll ascend to the next pass, and then cycle down into the Yangtze River Valley. At Yonke Village, you'll turn into the legendary Tiger Leaping Gorge, one of the world’s deepest ravines. Cutting its path between Haba Mountain and Jade Dragon Snow Mountain, the landscape that surrounds the gorge is as dramatic as its name suggests.

Once you have finished your ride, your transfer vehicle will take you to the downstream part of the gorge, which is where most tourists congregate. You'll then drive to Qiaotou Town for a night's rest. 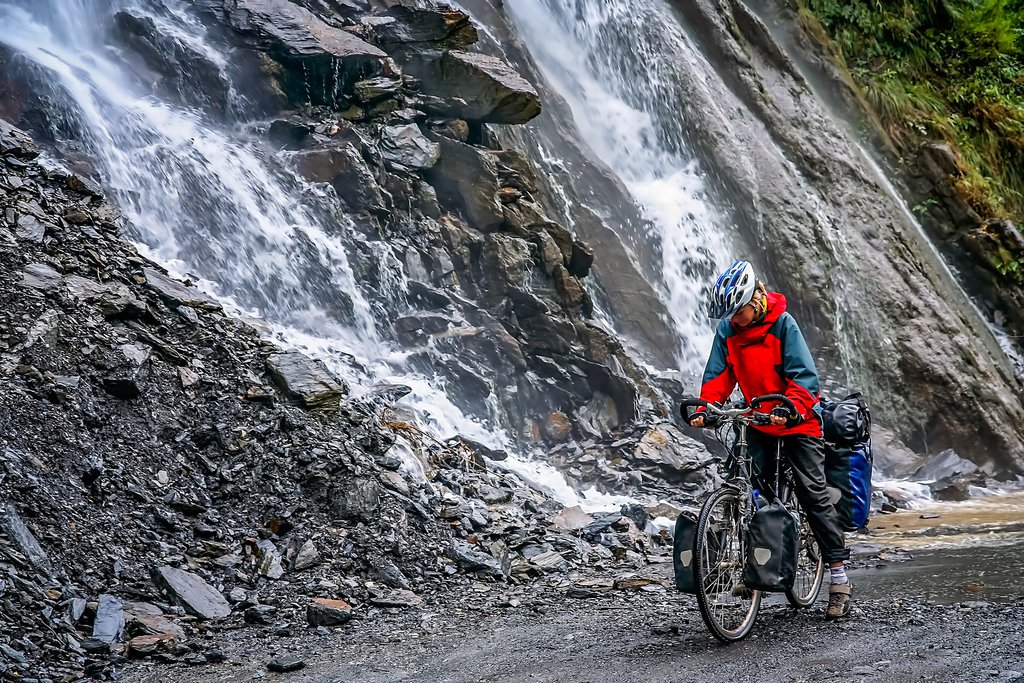 Set off early on a moderately difficult full-day hike through the Tiger Leaping Gorge.

You'll be able to choose your starting point for the hike. Depending on your choice, your driver will take you to a nearby village, where you'll begin walking. The hike will take you around some seriously astonishing landscapes as you wind up and down the paths around the powerful gorge. The sound of the water rushing against the rocks will accompany you the entire way.

Once you've triumphantly finished, your driver will take you back to the guesthouse to recover and rest. 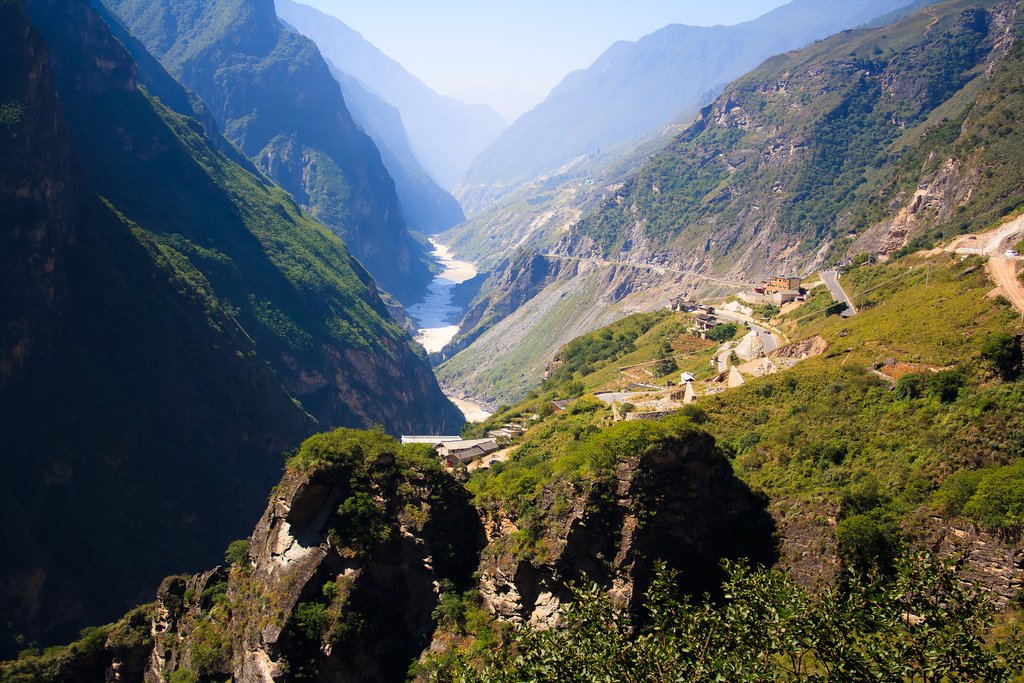 Today's hike through the gorge will be entirely different since you will need precision and technique. You'll be climbing vertical ladles and walking along inclined rocks. As a reward, you'll get to walk along the edge of the gorge, appreciating this natural masterpiece up-close.

After the hike, you'll return to your accommodation to rest and pack up. Then, you'll drive across the gorgeous Yangtze River to Daju, an old town where you can witness traditional life in the Chinese countryside. 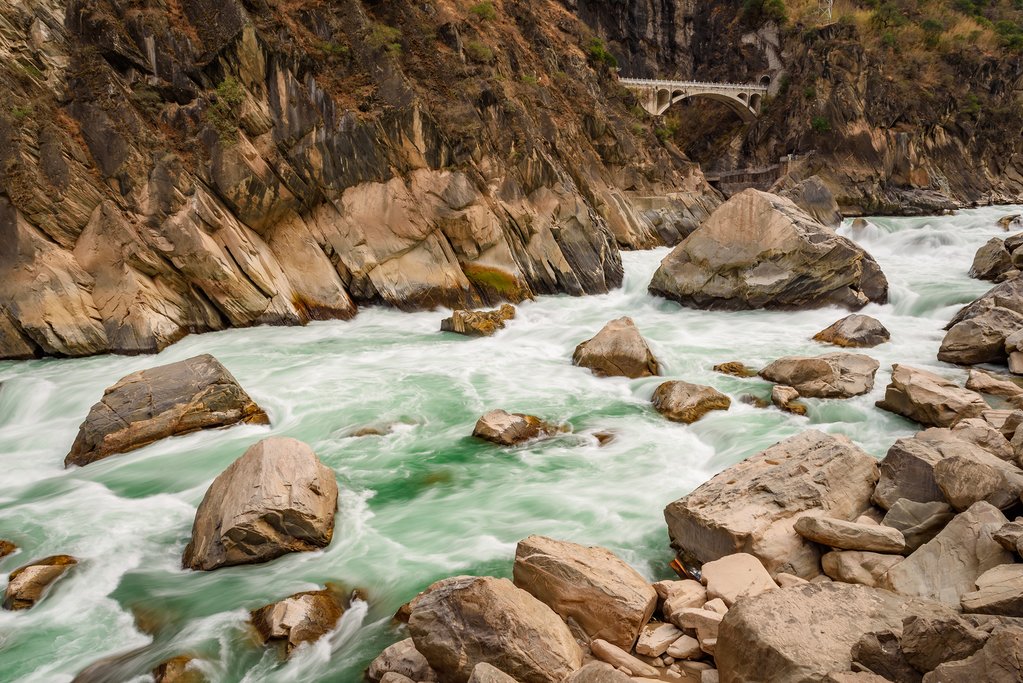 Today, you'll get back on your bike and cycle 14mi (23 km) towards the Jade Dragon Snow Mountain. Snow-capped and often shrouded in mist, this mountain is a sanctuary for rare animals and wild plants, as it counts with unique microclimates on its different slopes. It is also known as a natural glacier museum and is now a famous scenic spot for tourists, and scientists conducting research.

You'll then bike 19mi (31km) to the top of the mountain's southern slope, delighting in some absolutely incredible views. Finally, enjoy a long downhill ride through another valley, before finishing with a short uphill ride to Da Dong.In the evening, you'll relax your muscles in the town's natural hot springs. 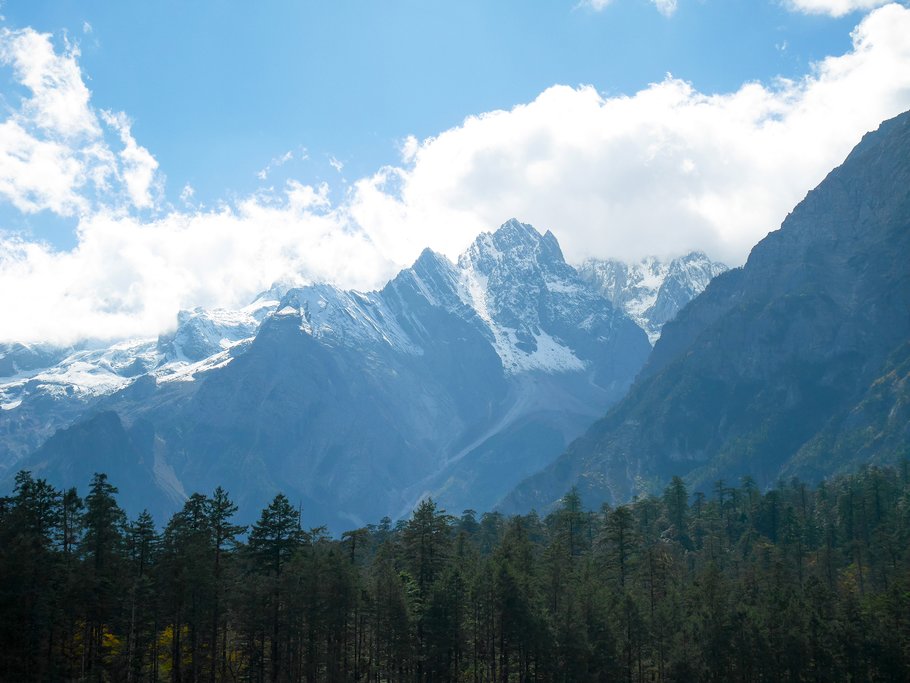 After a couple of days of hard cycling and hiking, you'll get to rest your legs by driving directly to Lijiang.

Once in this historic town, you'll enjoy some leisure riding through surrounding villages, lakes, and reservoirs. Wherever you go, you are guaranteed to have the astonishing Jade Dragon Snow Mountain as a permanent feature of the backdrop.

When you're back in Lijiang, you can visit museums, walk around the Ancient Town, and stop by the gorgeous Black Dragon Pool. 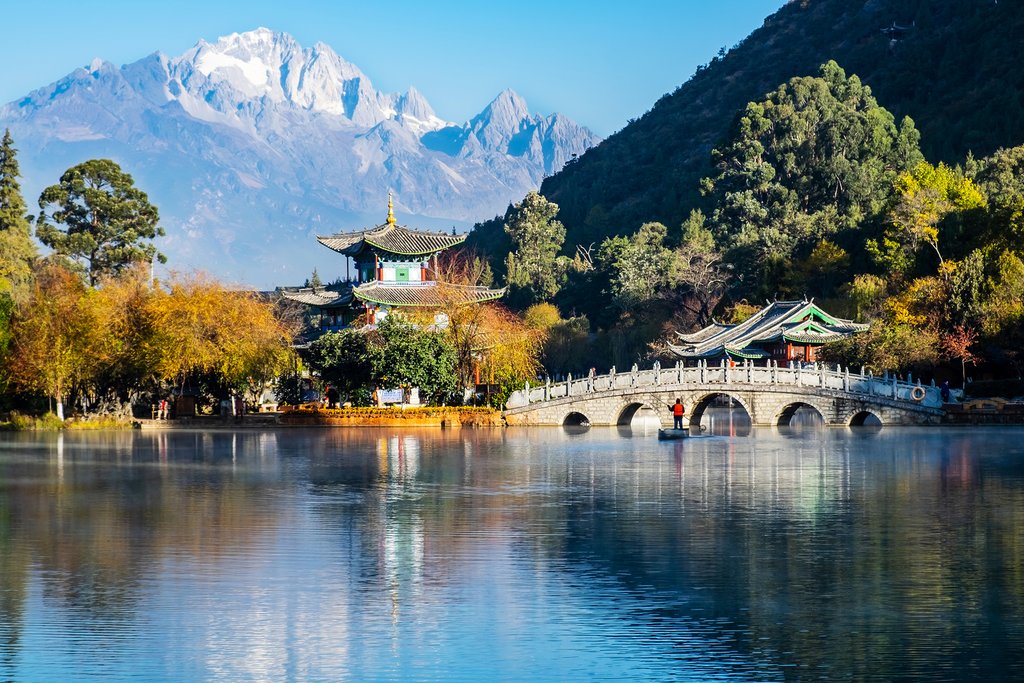 Start the day by choosing your preferred route: You can either spend the entire day cycling from Lijiang to Shaxi, or spend a mere two hours driving there.

If you chose the latter option, you'll get to do leisurely rides around Shaxi, and then explore the peaceful town on foot. You will also start making your way to Dali, stopping by orchards and small towns along the way.Once the sun begins to set, you'll get back on the car and drive to your destination for the night. 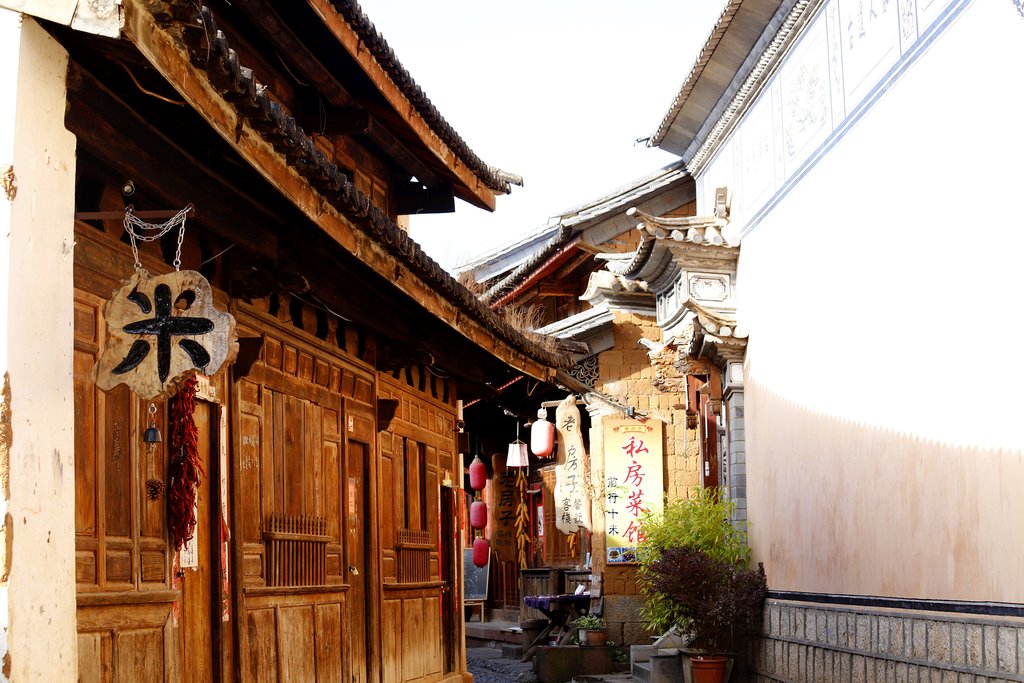 Enjoy a day of riding through the mountains and hidden villages that surround Dali. You'll cycle from Erhai Lake all the way to Dali Ancient Town.

Throughout the day, you'll have several opportunities to see what life is like for the Bai people that call this area home. Once you've finished your ride, you can go to a local museum, visit the Chongsheng Temple, or see the famous Garden of the Three Pagodas. 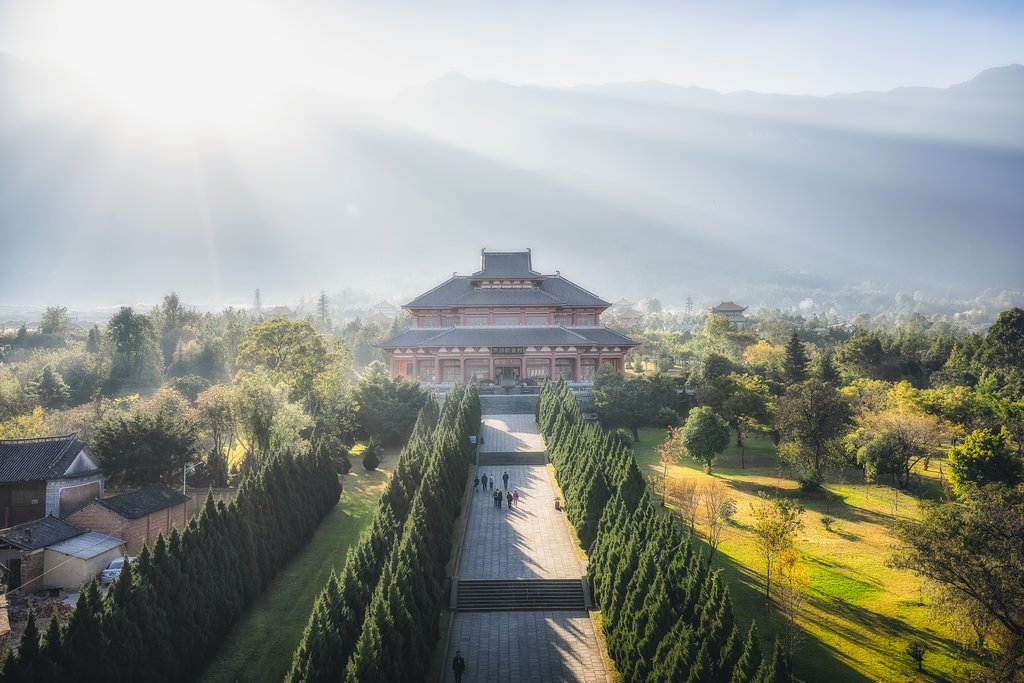 Take advantage of your last morning in China by strolling through the old streets of Dali, appreciating the beauty of the town, taking in the mountain views, and buying last-minute souvenirs.You will then transfer to the airport or train station so you can continue your onward journey. 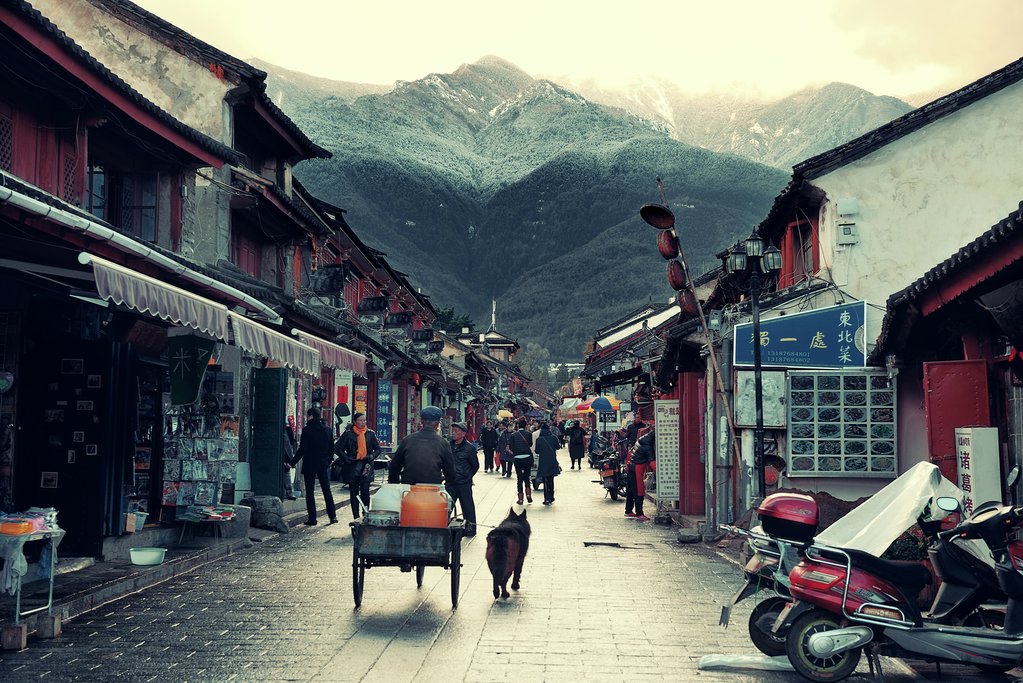 $2180 p.p  ( from 2 people's group ) Please contact to get more discounts if you have more people coming.

*Please note that obtaining your own travel insurance is required in order to participate on this biking tour. It will need to include a minimum coverage of medical expenses with emergency evacuation, personal liability and accident insurance. Our biking leader will need to see a copy of your insurance at the group meeting on the first day. We reserve the right to refuse you if you do not carry such an insurance policy. 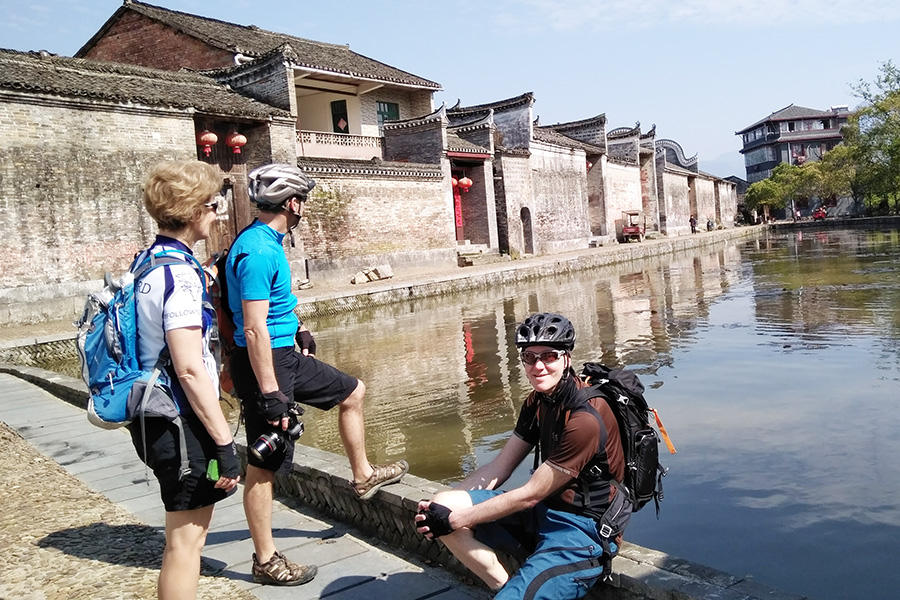 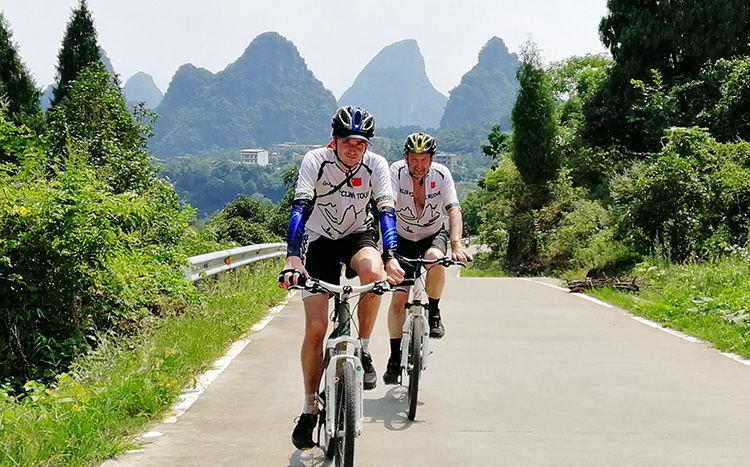 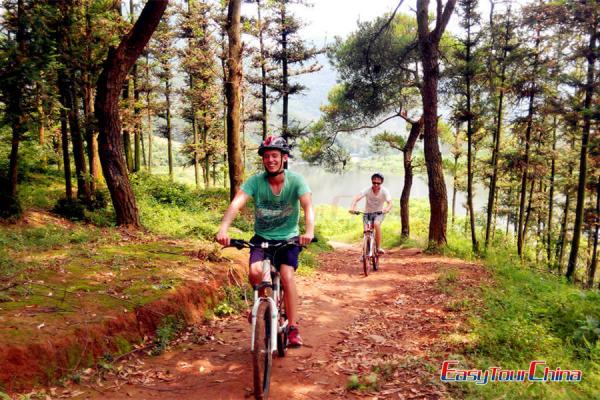