Basha in Miao language means "a place of lush vegetation". Basha Miao village is located in the southwest of Bingmei Town, Congjiang County, Qiandongnan Miao and Dong Autonomous Prefecture of Guizhou. Basha consists of five natural villages, including Laozhai, Zaigexin Village, Wangjia Village, Darongpo New Village and Zaizhuang Village, which are hidden in the immerse forest. There are about 2000 residents in total, who live mainly by farming and hunting. 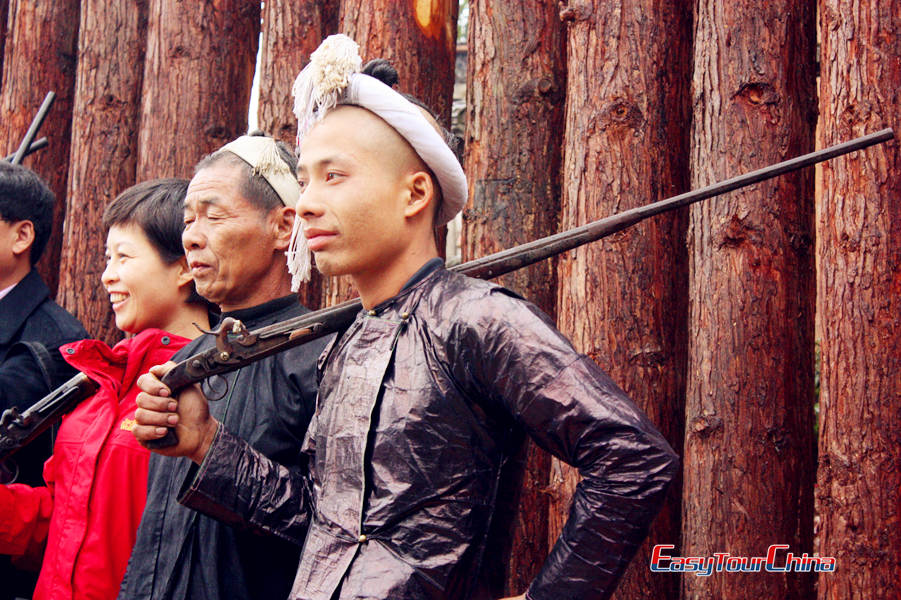 Basha people are stubborn. For thousands of years, they have been adhering to the ancient teachings and customs of the ancestors, and handed down from generation to generation, which influences their life, belief, job, marriage, and even the philosophy about sickness and death... The "coming-of-age ritual" is one of the customs. Basha Miao Village has been considered by the outsiders as an isolated "cultural island", the "living fossil" of the ancient Miao culture. Basha man is the "living terracotta army".

Basha miao people regard trees as gods, take trees as the totem, and consider tree as a companion. They stay with trees and die with trees. Everyone can dissolve in nature calmly.

Basha men are dressed in large trousers and blue clothes with a bun on his head (wearing customs handed down from the Qin and Han dynasties. They attach great importance to their bun, which is the most important sex symbol – having most of the hair around the head shaved, and leaving only the central hair to make into a bun. They keep this hairstyle for life. The bun on the head symbolizes the trees growing on the mountain, and the lifeblood that connects the souls of our ancestors, while the green cloth they wear symbolizes the beautiful tree bark.

Basha miao is a very mysterious nation and retained many ancient customs that are associated with tree. "Tree burial" culture is one of the customs. The story is that when a child is born, the parents grow a tree for the child. The tree then becomes the "tree of life" to accompany the child to grow, until he gets old. After he dies, people use the tree to make for him his coffin, bury him and plant a tree on it. For thousands of years, the big tree in the Basha Village was actually the ancestor of protecting Basha people.

The most important thing of life for Basha miao men, the "coming-of-age ritual" is also associated with trees and has been listed as an intangible cultural heritage protection project in Guizhou Province.

When a boy in Basha Village is 15 or 16 years old, he has his own "coming-of-age ceremony", with a series of activities, including having hair cut by sickle, worshiping the tree of ancestor and receiving the gun. (Basha is known as the last gunman tribe) 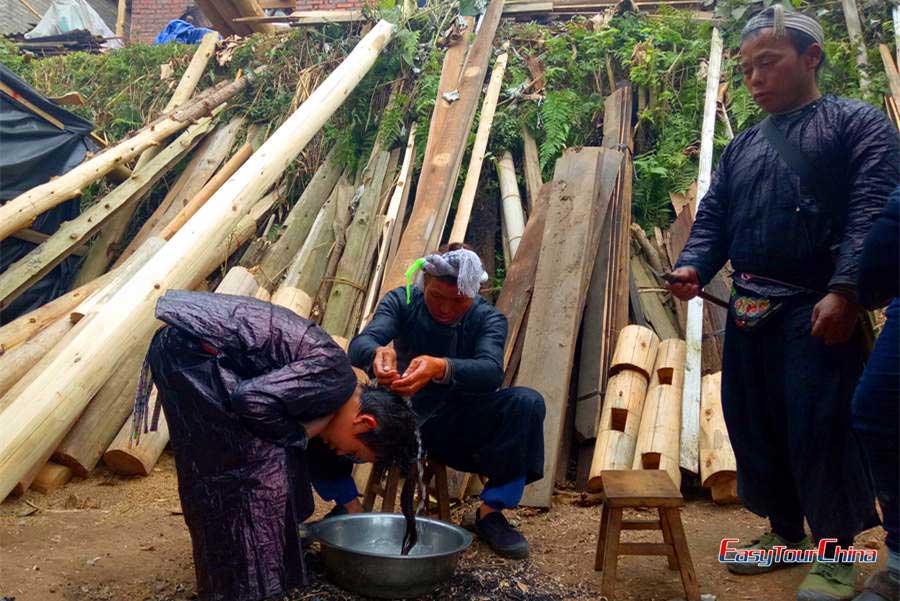 On that day, the boy invites his young fellows to gather yam in the mountain. They pound the yam and throw it into the stream to drunken the fish. Then the boys will catch fish in the river. They put the fish into the bamboo fish basket and let the boy take it home by himself. No one else is allowed to help. When he gets home, he poured the fish into a basin and his father chooses three fish to keep for his ancestors. The rest is cooked in a sour soup for dinner. The mother put on new clothes for the boy, waiting for the arrival of the family relatives. The family prepares a dinner for all members of the clan, and every member who attended the "ceremony" has to wear the traditional costume of the clan.

The boy’s parents (or wizard) will cut and shave the boy’s hair with sickle. They also invite the most prestigious elder or presbyter in the village to preside over the adult ceremony. When the elder (or presbyter) built a shrine to place offerings at a designated place under the grass rack, the boy turned his back on the elder and waited for arrangement. After doing the ritual, the elder will say some blessing words and give the boy a head hood. 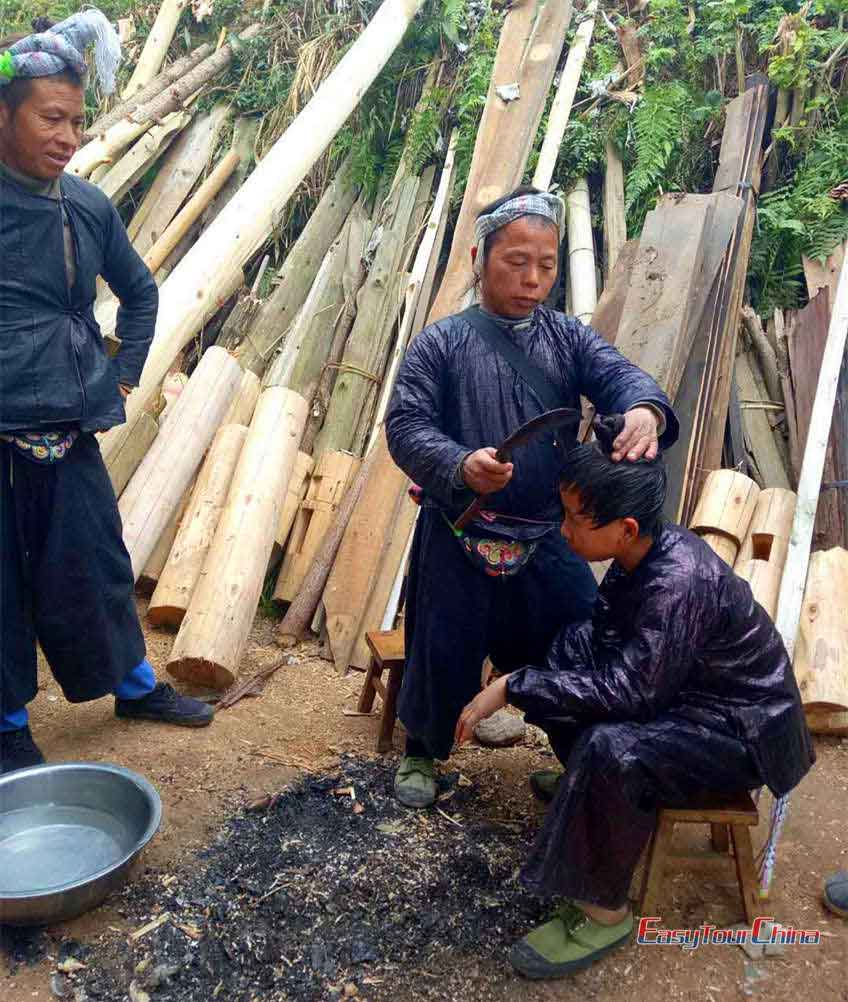 Finally, the elder (or presbyter) will formally give the boy a gun (which is usually prepared by the boy’s father) in front of all his relatives and friends. The boy then becomes an adult. He can participate in all the events in the village, and undertake the rights and obligations of being a Basha man.