Obesity caused more deaths among those infected with the novel coronavirus, according to a report of the Guardian published on June 3, 2020. Obesity lowered the immunity system of people and makes us vulnerable to various other illnesses that eventually lead to early deaths.

Unhealthy eating, drinking, and other living habits could all cause obesity. It is time that we review our habits and make a better life out of our remaining years. In this article, a healthy drink is introduced to help us stay in better shape.

At the roof other world, Tibet, people eat a lot of meat and drinking milk to stay warm, especially during the harsh winter time. But indigestion, fatigue and constipation were common before tea was introduced in the 8th century. Princess Wencheng of the Tang Royal Family was married to the King of Tibet in 641 AD. She brought with her a good supply of tea. Tea was firstly used by the Tibetan King family as a medical drink. During the reign of King Langdarma, Buddhism was suppressed all over Tibet. Monks became civilians toiling on their land as farmers. Tea drinking was quickly promoted by the monks.

Tibetan people learned to boil brick tea cakes and mix it with butter, cheese and salt and made it a daily habit of drinking Yak Butter Tea. According to the local Tibetan people, they can go without food for three days but cannot go without tea for a single day. Tea has become an important balancing food in their daily diet, supplementing the body with vitamins, minerals, amino acids and other good natural chemicals. By the last Dynasty, Qing, the tea shipped over to Tibet reached 500,000 metric tons per year.

Modern science researches of the Tibetan tea (藏茶) shows it help reduce fat and fights atherosclerosis. It can lower the triglyceride (causing sticky blood) and LDL cholesterol (increasing the chance of heart attack and stroke), while increasing the HDL cholesterol and speed up the process of discharging cholesterols thru defecation. In the tea, nucleotide forms from polysaccharide, cellulose, caffeine and phosphoric acid (found in most soda, good for bone growth). Nucleotide has a strong function in dissolving the animal fat. Catechin in the tea also facilitates the dissolving of fat, lowering the accumulation of cholesterol & neutral fat in the blood vessels and livers. 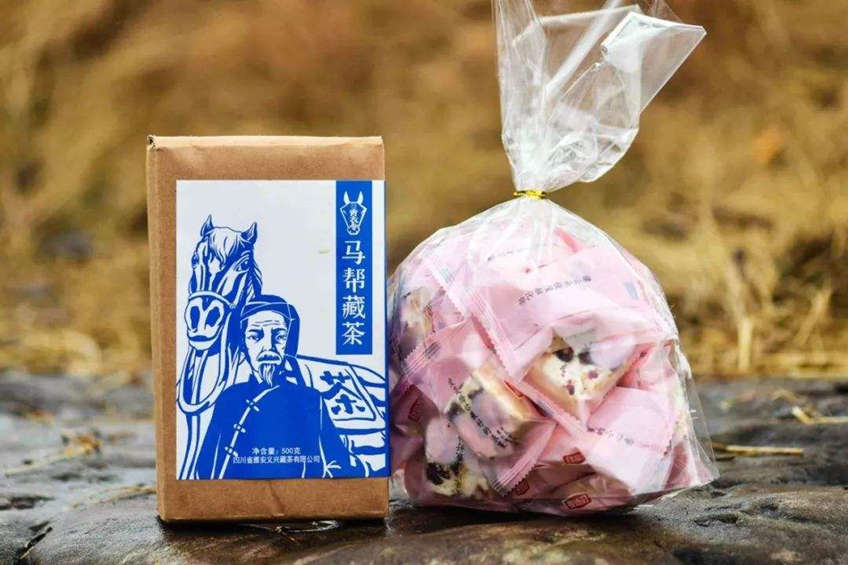 What is Tibetan Tea? There was no tea growing in Tibet prior to the 1950s. Tibetan people got their tea primarily from government organized markets and civilian trading from the 8th century. A large percentage of the tea trading started in Ya’an, Sichuan province and Puerh, Yunnan Province. The tea was carried by horse/mule caravans thru jungles, over deep valleys with torrential rivers, and along steep mountain cliffs to Tibet. Though we call the Tibetan Tea “Hei Cha” (Black Tea or Dark Tea，in Chinese-黑茶), it was actually green tea till the 15th century. Tea was made and pressed into cakes for easier shipping on horse/mule back. The travel time usually took up to 2 months. On rainy days, the tea packages got wet and horse gangs (caravan traders) had to dry them when sun came out. When the tea reached Tibet, the oxidization put a dark color to the tea cakes. The dry weather in Tibet made it possible to keep the tea cakes for a long time, thus the oxidation process went on and on.

Sichuan and Yunnan provinces have been producing the majority of Tibetan tea (Black Tea or Dark Tea) for the past 1300 years. Other areas of China producing Black Tea (or Dark Tea) include Anhua of Hunan Province (Anhua Black, marketed in Mongolia, Xinjiang and Russia), Wuzhou of Guangxi Province (Liubao Black, marketed in South China and SE Asia). 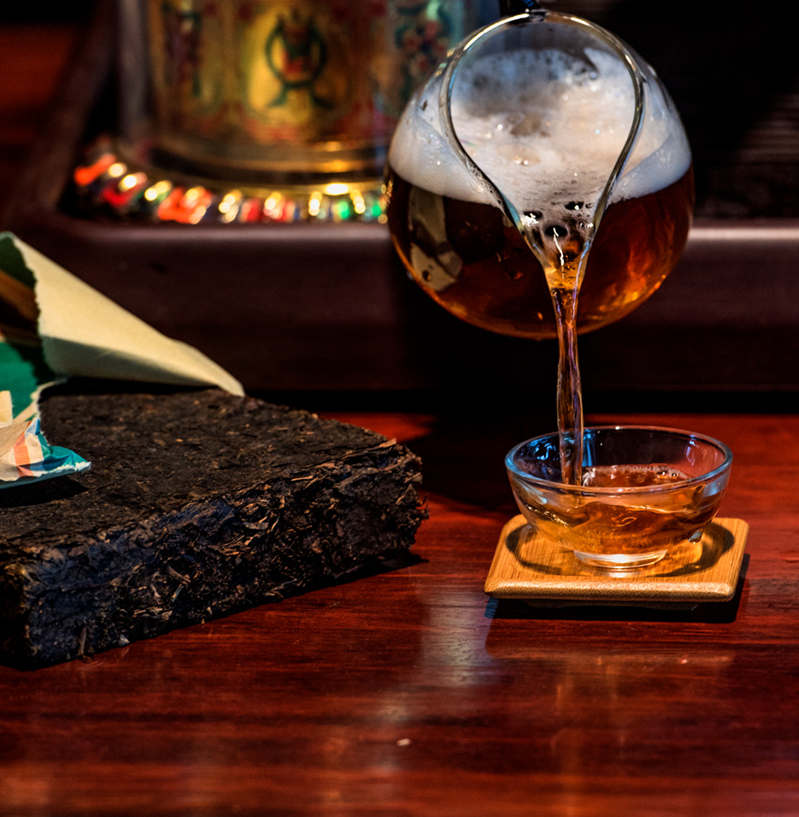 In contrast to the green tea, black tea (or dark tea) does not need a fridge to be kept fresh. It can be kept on the shelf or in a box as long as it is not placed near something with a strong different smell. Like wine, it also depends on the raw material of the year. If you are new to this tea, then it is suggested you buy small amount of different black tea to find your taste. Then order some 10-15 years aged tea and drink it. Once you become a tea-addict, then you will realize the benefit it does to your body. Then you can come to China in a good tea year and pick your stock of black tea (or dark tea) for aging for years beyond.

If you happen to live in UK or Europe, then a UK merchant carrying some of these Black Tea (or Dark Tea) is Batch Tea Company at www.batchtea.co.uk