China is inspirational, mysterious, one of the oldest countries with thousands of years' of civilization, and many ancient city walls remained to this day. While the city is a symbol of the development of human civilization to an important historical period, the city wall is the symbol of a city. China has a long history of wall building, and the technology of wall building was extremely advanced. While the Great Wall is the most famous wall in China, there are 10 best-kept ancient city walls also considered to be important witness to the inheritance of Chinese civilization.

The ancient city wall of Xian in Shaanxi province, was initially built in the Tang and Yuan dynasties and expanded from the 3rd year to the 11th year of Emperor Hongwu (1370-1378) in Ming Dynasty and. It is shaped in a rectangular with a top width of 12-14 meters and a bottom width of 15-18 meters. The perimeter is about 13.7 kilometers. Outside the city wall there is a 20-meter-wide and 10-meter-deep moat. The wall was built with blue brick, thick and solid. There were originally 4 city gates (now added to 18 city gates) in the east, west, north and south, with majestic rostrums, watchtowers and turrets of different functions. Xian Old City Wall is the only intact ancient city wall in China. 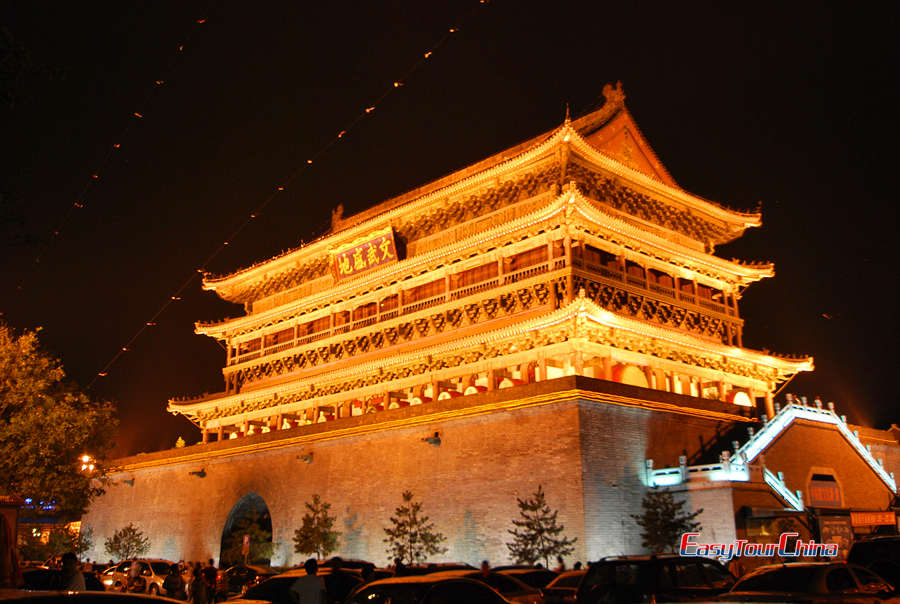 The ancient city wall of Nanjing in Jiangsu Province, was first built in 1366 during Yuan Dynasty, and completed in 1386 during the Ming Dynasty. The inner part of the city wall has a circumference of 33 kilometers, with 21 kilometers remaining today. It is 14-18 meters high and 8-12 meters wide on the top. Nanjing City Wall has 13 gates, with only four kept today. A watergate, sluice or culvert is arranged at the point where the city wall intersect with the waterway. There are 13616 crenellations on the city wall, but some sections are damaged. Nanjing city wall is the largest in the world.

The Pingyao Ancient City Wall in Pingyao County, central Shanxi Province, was built in the 3rd year of Hongwu in the Ming Dynasty (1370 AD). The perimeter is 6 kilometers, the height is 8-10 meters, the bottom width is 8-12 meters, and the top width is 3-6 meters. The wall body is rammed with plain soil, while the outer wall brick is built with white ash.

There are 6 city gates with drawbridge. Outside the gates there is a Wengcheng (a strategic town) featuring watchtowers on the top of the hill tower, each with a turret. On the Pingyao City Wall, there are a total of 72 watchtowers. Since there are 6 wengcheng, forming a turtle shape, so Pingyao is also named turtle city.

The city wall of Pingyao is famous for its unadorned but practical construction method. Now the Kuixing Tower and the north, east and south of the city wall have been repaired and are more intact. 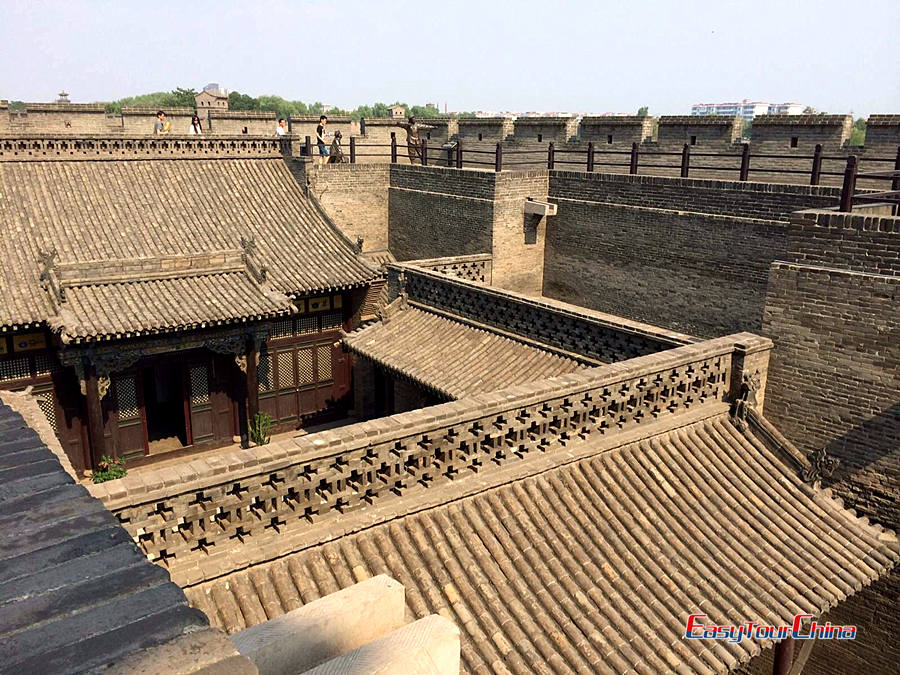 The ancient wall of Jingzhou city in Hubei Province is said to be built during The Three Kingdoms period when Guan Yu (a famous general of Shu Kingdom) was guarding Jingzhou. The original earth wall was built into a brick wall during the Southern Song Dynasty. It was rebuilt in 1646 AD in the 3rd year of Shunzhi of the Qing Dynasty and reserve up to now. The overall shape of the city wall is irregular and elliptic. It is 8.83 meters high, 10 meters wide at the bottom, 11.3 kilometers in circumference, 3.75 kilometers in east-west diameter, 1.2 kilometers in north-south diameter, and 4.6 square kilometers in total area. Jingzhou Moat, 10,500 meters long, 30 meters wide and 4 meters deep, is the first defensive line of the ancient city.

The ancient wall of Xiangyang city in Hubei province was built in the early years of Hongwu in the Ming Dynasty. There are six city gates, each connecting with a Wengcheng and supporting defense engineering. The perimeter of the city wall is 7.6 kilometers, with an average height of 8 meters and a width of about 10 meters. It is built by ramming earth layer upon layer and surrounded by large blocks of black bricks. North of the city is the Han River as a natural barrier. City moats are built in the east, south, and west of the city. Each moat is 130 meters to 250 meters wide, 2 to 3 meters deep, looking real lakes. 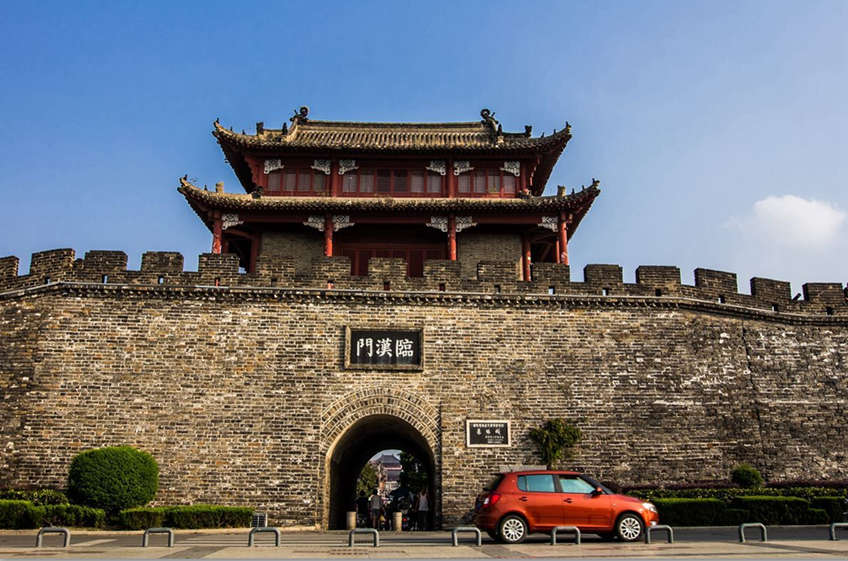 There are several city walls remaining in Beijing:

1) The wall near the Southeast Turret: there is the most complete and longest part of the Inner city wall of Beijing from The East of Chongwen Gate to The East Bianmen in Chongwen District, plus an arrow tower -- southeast Turret of the inner city.

2) The city wall near the southwest Corner: Located near the West Benmen Bridge on the second ring road in Xicheng District, it is the ruins of the city wall that was first listed as a municipal key cultural relic protection unit in Beijing. There is an "Eight Stares" arrow tower inside.

4) Zhengyang Gate watchtower and arrow tower: Popularly known as Qianmen, Zhengyang Gate is the most complete existing gate in Beijing. It is located to the south of Tiananmen Square.

Kaifeng ancient city wall is the largest city wall preserved in Henan Province. The current Kaifeng city wall is a Qing Dynasty structure. It is 14 kilometers long, 11.3 meters high, 6.66 meters wide at the bottom and more than 5 meters wide at the top. The inside and outside of the wall are covered with large blocks of black bricks, and the outside of the wall is lined with battlements and forts. It is said that the earliest city of Kaifeng was built in the Warring States Period. Daliang City (the previous name of Kaifeng) had 12 gates, among which the east gate was named Ymen, which is near the iron Tower today. West gate was named high gate, in today's city west east Chenzhuang. Before the Ming Dynasty, all the walls were made of earth except the imperial city, and only the towers and gates were built of brick.

Outside the city there is a moat of 16.66 meters wide and 3.33 meters deep around the city, and a suspension bridge is built on the moat at the gate of the city. There are five city gates, each with a turret.

Yunnan's Dali city, known as Yeyu or Purple City, dates back to the Tang Dynasty (618-907), when King Geluo Fengzhu of Nanzhao Kingdom made it the new capital (the old city was near the Three Pagodas). The current city was first built in the 15th year of the reign of Emperor Hongwu of the Ming Dynasty (1382 AD). The city wall was 6km long, 2.5 feet high and 2 feet thick. There are four city gates, in the east, west, north and south, with four towers, called: Tonghai, Cangshan, Chengen and Anyuan。

Today, parts of the city walls of the north and south remain. In 1982, the south gate was rebuilt, and the word "Dali" at the head of the gate was written by famous Chinese poet Guo Moruo. 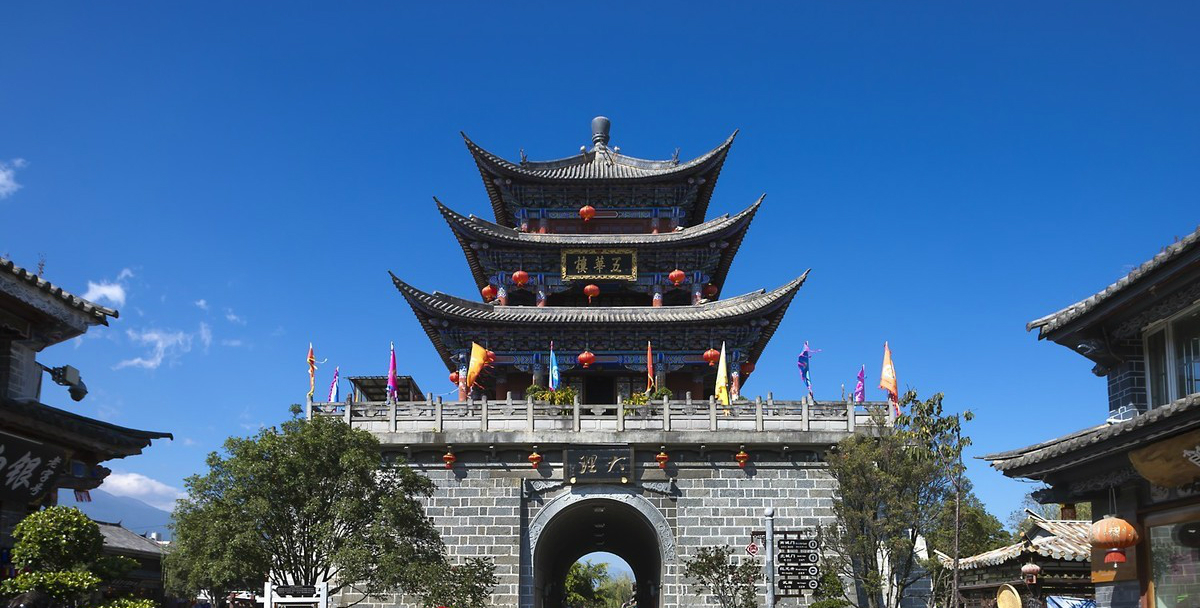 The Fenghuang Ancient city Wall in Fenghuang Old Town, Hunan province was built in the 43rd year of the reign of Emperor Kangxi (1704) of the Qing Dynasty. The existing North Gate city wall was later restored. The entire city wall connects the North Gate tower and the East Gate tower and is fronted by the clear Tuojiang River. The city stone-paved lanes, stilted riverside wooden structures, as well as Chaoyang Palace, Temple of the King of Heaven, Dacheng Hall, longevity palace and other buildings, all remind us of the original look of the ancient city.

10 The Wall of Forbidden City

The Forbidden City has been the highest power center in China for more than five centuries. With 9,999 and a half palaces, it has become an invaluable historical witness to Chinese civilization during the Ming and Qing Dynasties. the Imperial Palace is the largest and most complete ancient architectural complex in China. it is 750 meters wide from east to west and 960 meters long from north to south, with an area of 720,000 square meters, making it the largest in the world. The entire structure is surrounded by two solid defense lines - a 52-meter-wide and 6-meter-deep moat, and a wall which is nearly 10 meters high, 8.62 meters wide at the bottom, with a circumference of 3 kilometers. There are 4 gates on the wall - Wumen Gate in the south, Shenwu Gate in the north, Donghua Gate in the east and Xihua Gate in the west, with four turrets and 72 roof ridge. 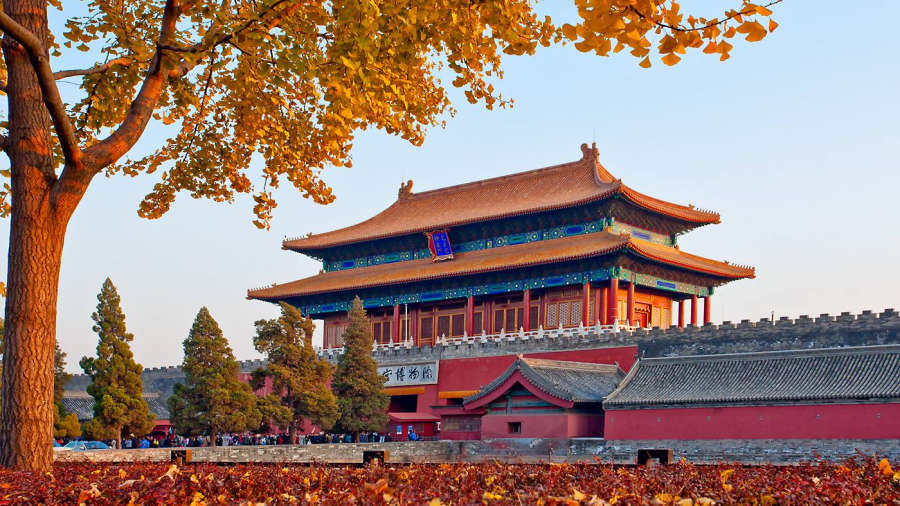